Fayoum is a fertile depression situated in Egypt’s Western Desert, some 90 km southwest of Cairo. Only Fayoum oasis offers us ancient ruins in varying degrees of preservation, dating back to all eras: from the Neolithic to the dynastic period, from the rule of the Ptolemies to the Roman conquest of Egypt. Its historical legacy includes temples, pyramids and towns from Middle kingdom and the Ptolemaic Period, churches, monasteries and mosques from later times.

On a day trip to Fayoum Oasis from Cairo, you can visit the best-preserved Greco-Roman cities and temples, the Hawara and Lahun pyramids, and the largest water wheels in Egypt. 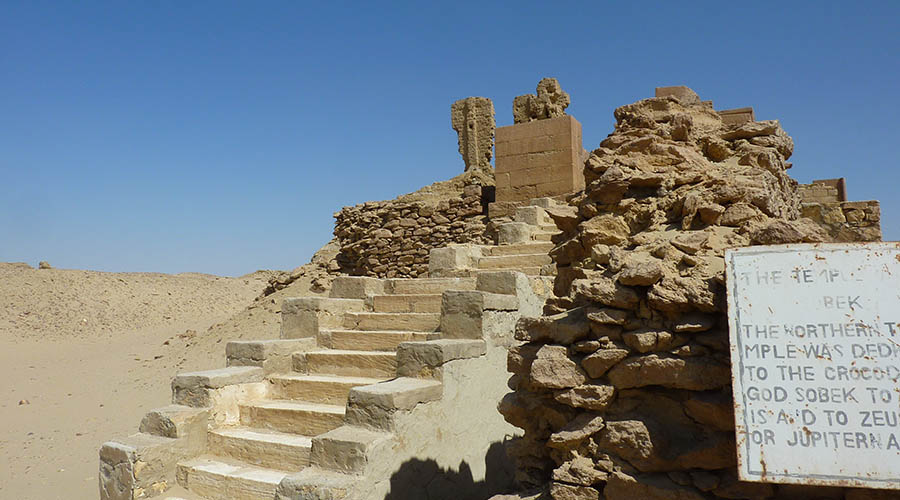 The archaeological site of Kom-Oshim

The place is about 25 km far from the capital city of Fayoum. The ruins of the ancient settlement of Karanis are the best preserved and most accessible of all ancient cities found in Fayoum oases. These vast ruins lay just behind the renovated Kom Oshim Museum. 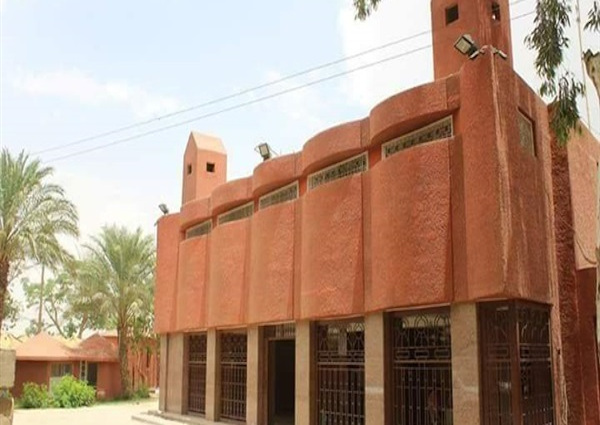 The museum itself, located right at the entrance to the Greco-Roman city of Karanis, was built in 1974 on a small area of ​​280x160 m, later expanded to 850x350 m. Here you will find artefacts found all over Fayoum. Although many of the province's treasures were taken to Cairo Museum and Greco-Roman Museum in Alexandria, there is still a lot to see. One of the main and famous exhibit you can find in the museum is Portraits of Fayoum. 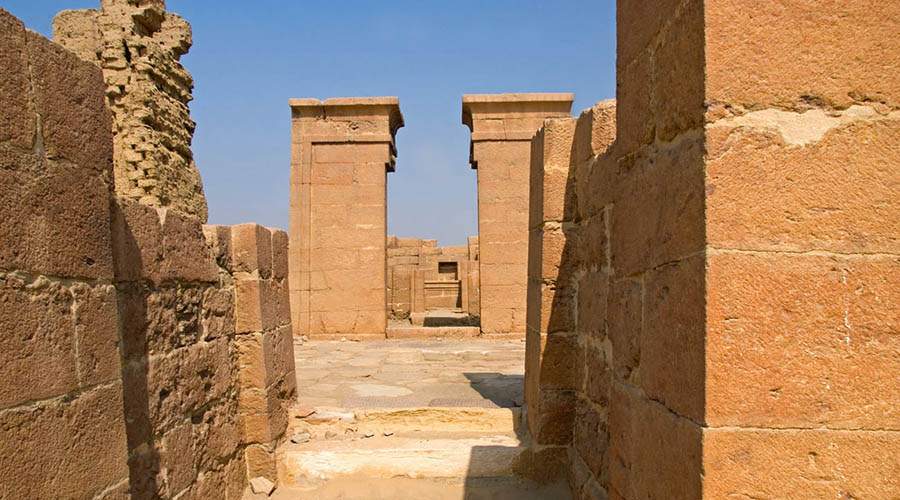 City of Karanis and its temple

Karanis was a frontier settlement, a town with a population believed to be around 3,000. The walls of many buildings are still standing; you can even see the outlines of the streets. The remains of millstones and granite olive presses lie around the houses, giving an insight into the daily life of some residents. In the centre of the city, on a massive foundation of rough hewn stones, stands the main temple, built of ready-made limestone blocks. Above the entrance at its eastern end, you can see an inscription in Greek dedicated to the Roman emperor Nero. Despite the fact that the temple itself is well preserved, no other inscriptions were found in it.

The temple was dedicated to the crocodile god Sobek. A wonderful view of the ruined city opens from the roof of the temple. One can see the Fayoum basin in the south and the second, smaller temple on a hill in the north. The second temple has no inscriptions on its walls as well. 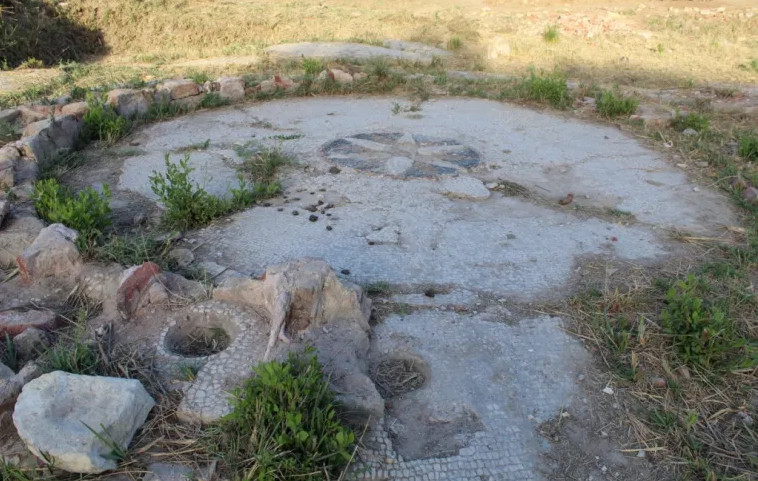 In Karanis, a Greco-Roman bath was excavated, lying to the north of the settlement. The bath consists of a dressing room, a sauna, a hot bath, a water tank and a sewage pit.

This well-preserved Ptolemaic temple is situated about 45 kilometers far from the city of Fayoum. The temple "Palace of Karun" dates back to the era of the Ptolemies, but more precisely not dated due to the absence of any inscriptions. The temple may appear small from the outside, but once inside, you will be surprised to find a maze of chambers, corridors, tunnels, rooms on the top floor of all sizes.

Around the temple lay the ruins of Dionysius, a Greco-Roman city and garrison, but the remains of clay bricks are not as well preserved as in other ancient cities of Fayoum. 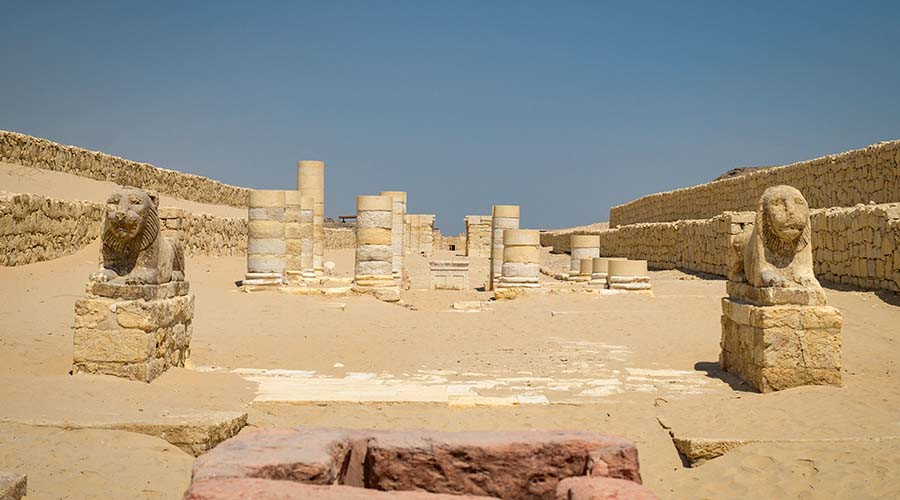 The stone temple of Madinat Madi was built by Amenemhat III and Amenemhat IV, 12th dynasty. It was dedicated to the snake goddess Renenuta along with the crocodile god Sobek. The temple is attractively located in an elongated depression. The alley of sphinxes and lions is still visible in front of the temple. The two unusual female winged creatures in the alley are the Greek sphinxes. Numerous bas-reliefs are still visible on the walls of the temple, including the magnificently engraved feet along the procession road.

Inside the sanctuary there are cartouches with hieroglyphic inscriptions of both Amenemhats and the pedestals of several statues, of which only finely carved legs have survived. Next to the main temple there is an additional building with an altar from the times of the Ptolemies, here you can see worn out Greek inscriptions and a magnificent relief of the god Sobek.

In 1990, a Ptolemaic temple was discovered under the ruins near a Middle Kingdom temple. And later, other buildings were discovered adjacent to this temple. They have unusual stone capitals on clay-brick pillars and marble-like walls. 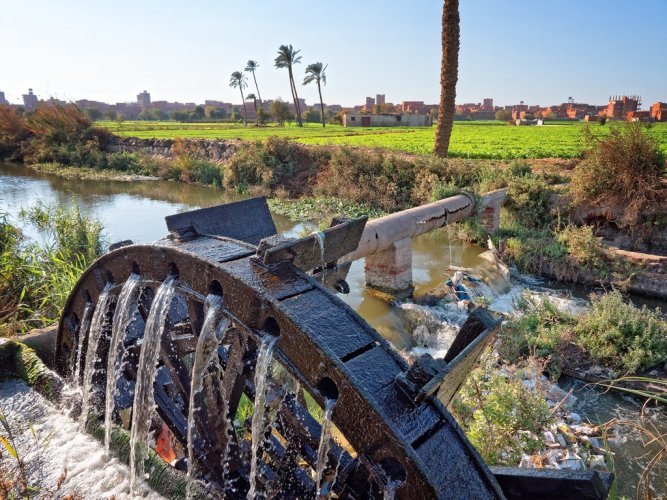 The large black waterwheel is the symbol of Fayum province, it is situated behind the Governorate club on the Bahr Sinniris. Fayum's water wheels are not only unique but also very beautiful. The largest water wheel in Egypt is located in the village of Basunia, 14 km east of the city of Fayyum. It rises to a height of 8 meters and weighs over 2 tons. The seven famous water wheels of Fayum are located in a picturesque place on Bahr-Sinnuri. Rumor has it that the number of water wheels in the province is about 200. Water wheels usually have a diameter of 4 to 5 meters and are capable of lifting water up to a maximum of 3 meters. 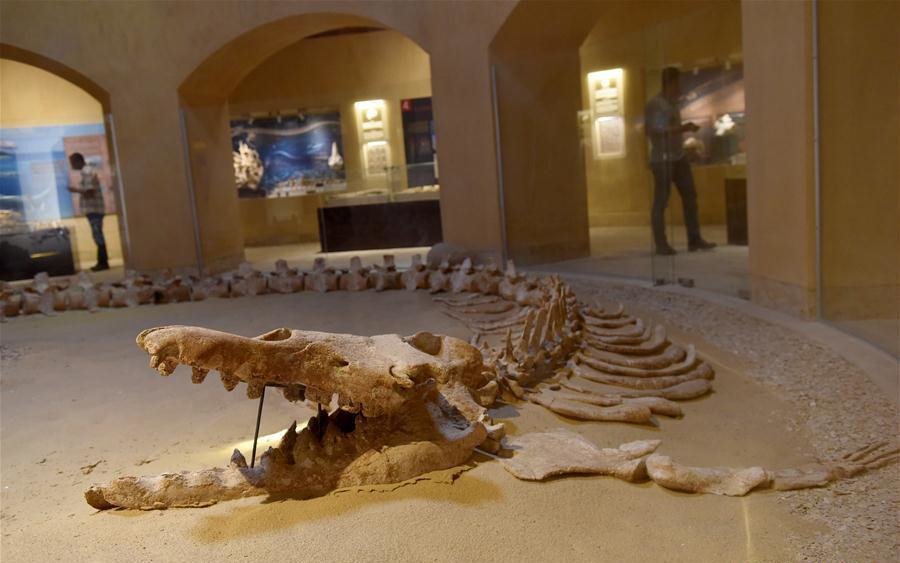 The valley is situated to the west of Fayoum oases, around 171 km far from 6th of October city and 194 km far from Cairo. The journey may take up to 3h 24 min. As the site is not on the route together with the other historical attractions of the osis it is recommended to go to the Wadi of Hitan as a separated one day trip.

The place, called the Valley of the Whales, is famous for the first skeletons of fossil whales discovered in 1902. But the place was actually unknown to the wide public until 2005, when UNESCO declared the site a World Heritage Site. The area's significance became widely recognized and popularized. In 2016, a small modern museum of climate change was inaugurated there.

The paleontologists found more than 400 skeletons of two extinct species of whale within this small area, along with the fossil remains of other marine life such as sea cows, sea urchines, turtles, crabs, rays, shipworms and mangroves.

The exposition spreads over 3 km and may take up to 3 hours to walk along, but there is a shorter loop if you do not have the time or energy for the complete tour. Sites along the walk are numbered 1-13, information boards are well designed and environmentally friendly shaded rest areas are found at intervals along the rout. 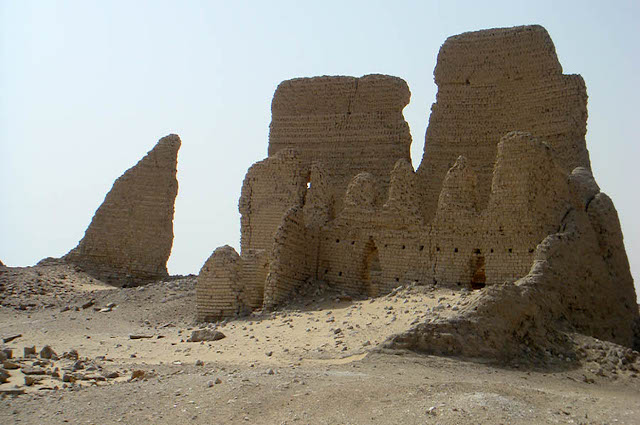 An excursion to these 2 remote sites on the northern side of Birkat Qarun is one of the most interesting in Fayoum, rewarding and memorable as much for the desert and lake scenery as for the historical interest of the sites themselves.

Qasr el-Sagha is about 30 km far from Kom Oshim, Dimeh a further 9 km. Since 1992 visit to both sites have been only allowed with a permit from the Suprime Council for Antiquities.

The towering ruins of Dimeh al-Siba are visible on the western horizon from a long way off, looking more like a North European prehistoric stone circle rather than the ruins of a Middle Egyptian Ptolemaic city. While the small temple of Qasr al-Sagha (Goldsmiths Palace) is well camouflaged halfway up the escarpment to the north and is not easily spotted from a distance.

The pyramid is situated around 12 km far from Fayoum, in spite of looking a ruinous lump of millions of dark mud bricks, it was recently opened to general public and is fully accessible. From a distance the pyramid looks like a natural plum-pudding hill. Arriving at the pyramid’s east side, you pass through the remains of a necropolis, which extends around to the north side.

The pyramid was built to confuse tomb-robbers, with the entrance on the southern (instead of usual northern) side and an intricate arrangement of internal passages. When entered in 19th century, 2 sarcophagi were found inside: one for Amenemhat III and another one for his daughter Nefru-Ptah.

The pyramid was built on a natural mass of rock, partly cut away for emphasis. On this was places a skeleton of massive limestone walls up to about half the height of the pyramid. The spaces between the walls were filled in with unburnt mud bricks, and the same bricks were used to build up the full height of the monument. Finally, an outer casting of limestone was placed over the bricks, but now it is entirely gone.

In 1920 Petrie entered the pyramid and found the burial chamber empty apart from the granite sarcophagus, which was a plain work. The gold uraeus from the king’s crown was found in the debris in one of passages proving that it was once a royal burial.

In one of the royal tombs discovered south of the pyramid in February 1914 the jewelry of princess sat-Hathor-Int was found. It included the feathered gold crown of the princess as well.

The pyramid has been recently opened to public and a separated entrance fee is required to visit the site.