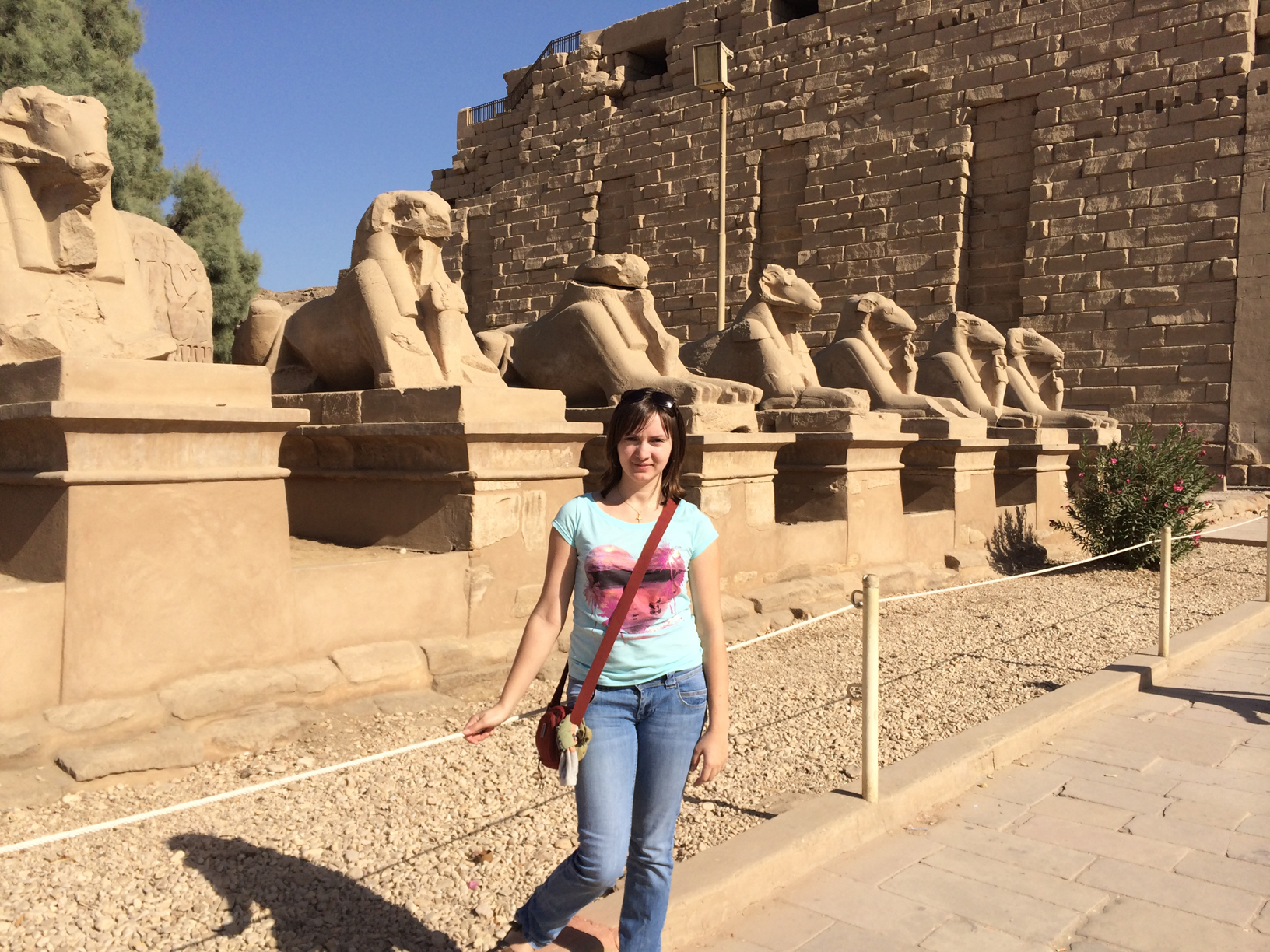 Luxor is one of the oldest cities in the world; we don't know when exactly Luxor was built. The ancient Egyptians called the city "waset" that means the scepter, but the Greek called it Thebes of the hundred gates and the Roman - Dios Polis Magana. At last when the Arab conquered Egypt they gave it the name of Luxor and it means the palaces as the city has lots of ancient temples. 2/3 world's monuments are located in Luxor. Trips to Luxor from Sharm El Sheikh will let you visit the most famous sightseeing in Luxor are Valley of the Kings, Queen Hatshepsut Temple, Karnak Temple, Luxor Temple, Memnon colossal statues and Banana island. And we will visit with you the main temples and shrines of the city.

Our first destination during the excursion will be West bank where we will visit the west Thebes. We will have a short stop at Colossi of Memnon, the biggest egyptian statues to take some pictures with these gigantic statues. These two somewhat weatheRed Seated statues greet visitors to the necropolis. They are all that remain of what was once the largest mortuary temple in the necropolis, that of Amenhotep III.

Deep in the limestone hills to the north-west of Deir el Bahri is a remote valley known as the Valley of the Kings. Here are the pharaohs of the 18th, 19th & 20th Dynasties chose their eternal resting place. Thutmose I was the 1st pharaoh to excavate a tomb in the barren valley, and to construct his mortuary temple at the edge of the verdant valley. Here the most famous King Tutankhamen is situated. Can be optionally visited on your day tour (150 LE per ticket ). This famous tomb is among the smallest in the Valley of the Kings but the only one that was found non robed. The five thousand-odd objects cataloged from the tomb represent a unique accumulated collection and, perhaps, the richest placed in any tomb. Our visit includes entrance to 2 different tombs, so you can get an idea about Pharaonic funerary art.

Next stop at Queen Hatshepsut temple at Deir el Bahari. This terraced sanctuary designed by queen’s architect Senmut is the most beautiful temple in the necropolis. Her temple was designed like the adjacent 11th Dynasty mortuary temple of Mentuhotep the Great, with terraced courts. These rose, one above the other, by connecting inclined planes at the centre.

Lunch in a local restaurant in Luxor on set menu basis will be offered.

After lunch we'll go to the East bank to explore huge temples of Karnak which has no equal in the world. It is not a single temple, but temple within temple, shrine within shrine, where almost all the pharaohs, particularly of the new Kingdom, wished to record their names & deeds for posterity. Its famous Great Hypostyle hall has 134 columns arranged in sixteen rows, covers an area of 4,983 square metres. It is the largest single chamber of any temple in the world. The hall was decorated throughout. All the walls and the shafts of the columns were covered with reliefs & inscriptions showing adoration of the deities, especially Amon-Ra.

Nile felucca ride to Banana island to discover a vast collection of banana plants, to enjoy sailing along the Nile river and to observe a beautiful Upper Egyptian countryside and its islands is offered optionally and costs 15£ per person.

By the end of the program you will get some time for shopping and then transfer to Luxor airport to catch your flight back to Sharm el Sheikh where our representative will meet you and transfer to your hotel.

Yes, you need to get a Full visa of Egypt. It coasts 25 USD and can be purchased upon arrival in Sharm el Sheikh airport. 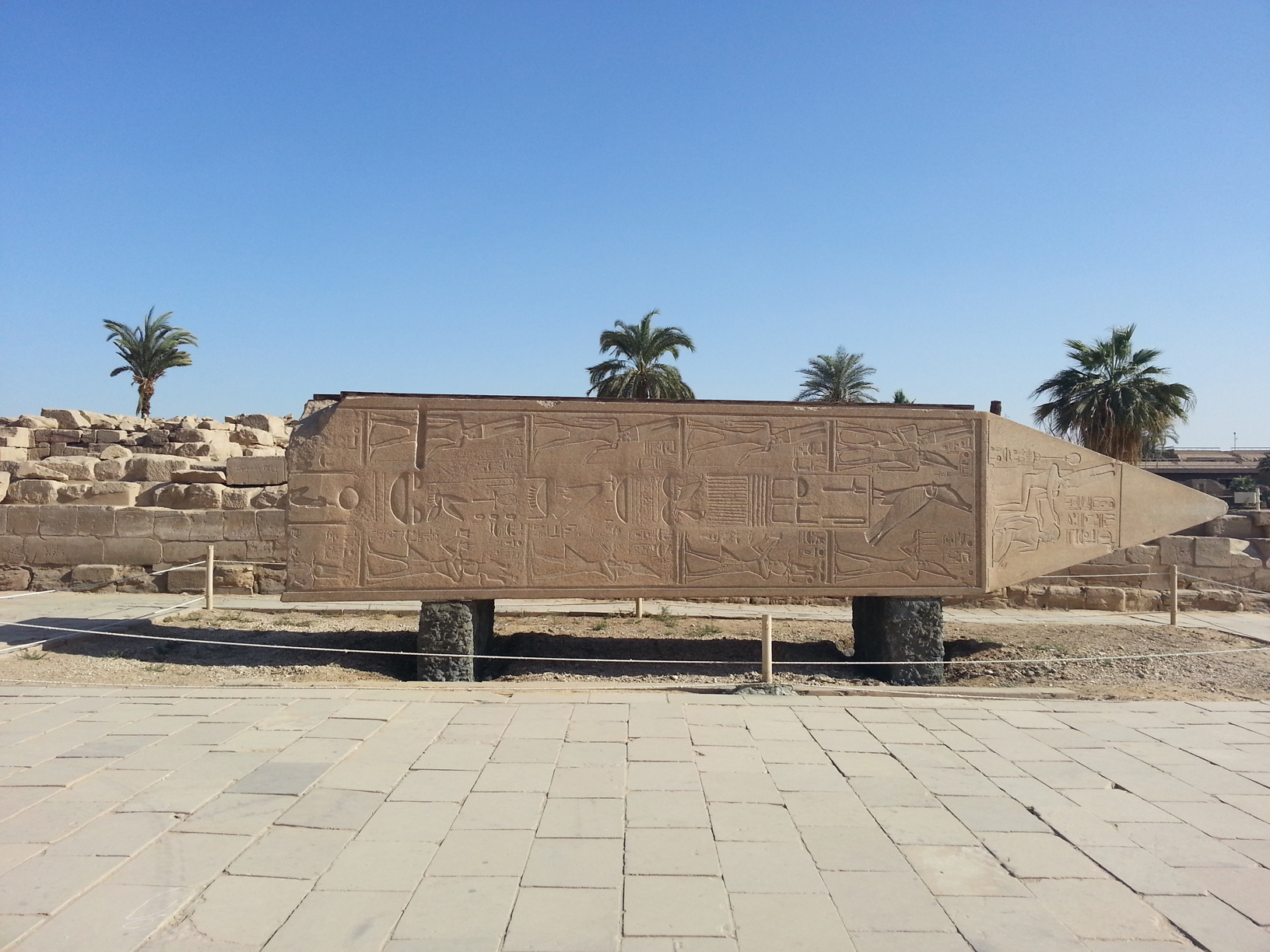 5/5
7 Reviews
Total review count and overall rating based Sharm Club and Tripadvisor reviews
5 stars
4 stars
3 stars
2 stars
1 stars
Day trips from Sharm el Sheikh
5 / 5
Fiona , 30 Mar 2019
booked day trips from Sharm elsheikh online as our tour operator was so expensive for the same tour, we went to Luxor with this perfect tour agency. The trip was long, we were picked up at 4.00 am but the car and tour guide and driver were excellent could not ask for better they were waiting for us at Luxor airport and dropped us back to our hotel in Sharm elsheikh on perfect smooth way. great lunch all included.
Amazing trip to Luxor
5 / 5
Paul Z , 22 Oct 2017
Last week we went to Luxor with Sharm Club, it was one of the most amazing experiences of life time, the trip was very well organised from start to the end, pick up on time, car very clean &amp; friendly driver, our guide Ahmed was very professional, nothing bothered him, he answered all our questions and explain us the history and art in very interesting way. I would recommend this company to every one.
Fantastic Cairo and Luxor excursions
5 / 5
Mel and Chris , 15 Dec 2015
We took part in both the Cairo and Luxor excursions and they were the best days of our holiday! The guides were fantastic, excellent English speakers and truly knew what they were talking about. We learnt lots from them and thoroughly enjoyed our time. Group sizes were small which was good as we could actually listen and talk to the guides and everything was organised and executed with ease. Brilliant prices, ÂŁ50 cheaper than most holiday providers and a fantastic day!
Luxor excursion beyond our expectations
5 / 5
Iain and Danni , 15 Dec 2015
Exceeded our every expectation....... Iain and Danni would like to say a massive thank you to sharm club tours for our fantastic enriching experience in Luxor on 23rd May 2012. The Trip... Sharm Club Tours were a great tour operator who were well organised, professional and experienced in making this trip memorable and enjoyable for the group (John's Family) from smooth flights, to temples drenched in fascniating history (vally of the kings, Queens and Karnak temple), a brilliant boat trip cruising along the nile and a paddle in cool waters then finishing the trip with a visit to a banana plantation with many welcoming Egyptian locals. Our Guide John we want to say a special thanks to you personally for making this exeperience unforgetable. your knowledge of Egypt and your passion for its history shone through, you were a major highlight of our holiday amd we are so greatful to you for your wonderful insight of Luxor in perfectly spoken English. Creature Comforts The tour bus was clean, tidy, well driven and fully air conditioned Lunch- Dining in an authentic Egyptian restaurant, with air conditioning, which was very clean and we received great service, we both throughly recommend the tagine. We wish John and Sharm Club Tours the very best of luck for the future and hope all who read this review book their trip to Luxor with Sharm Club. many thanks Iain and Danni
The tastiest banana ever on my Luxor trip
5 / 5
derek , 15 Dec 2015
Wow what can I say went on this trip 1/5/15 and it was great. Mahmood our guide come host was brilliant very knowledgeable and really helpful well worth the trip even if it was a long day. Also went on trip to banana island never tasted bananas so sweet. Thank you Mahmood for a brilliant day.
An amazing trip to Luxor
5 / 5
Danielle , 15 Dec 2015
An amazing trip to Luxor thanks to our guide. Really cheap, well organised and generally fantastic. We would definitely use Sharm Club again and highly recommend them to everyone!
Amazing Luxor excursion
5 / 5
Derek Allen , 01 Sep 2017
Just writing to say what a great time we had in Egypt and what a wonderful service you gave us. Alex is your best rep and should be told. As a result I have posted a review on facebook and tripadvisor. As a result you now have two new customers. Keep up the good work.