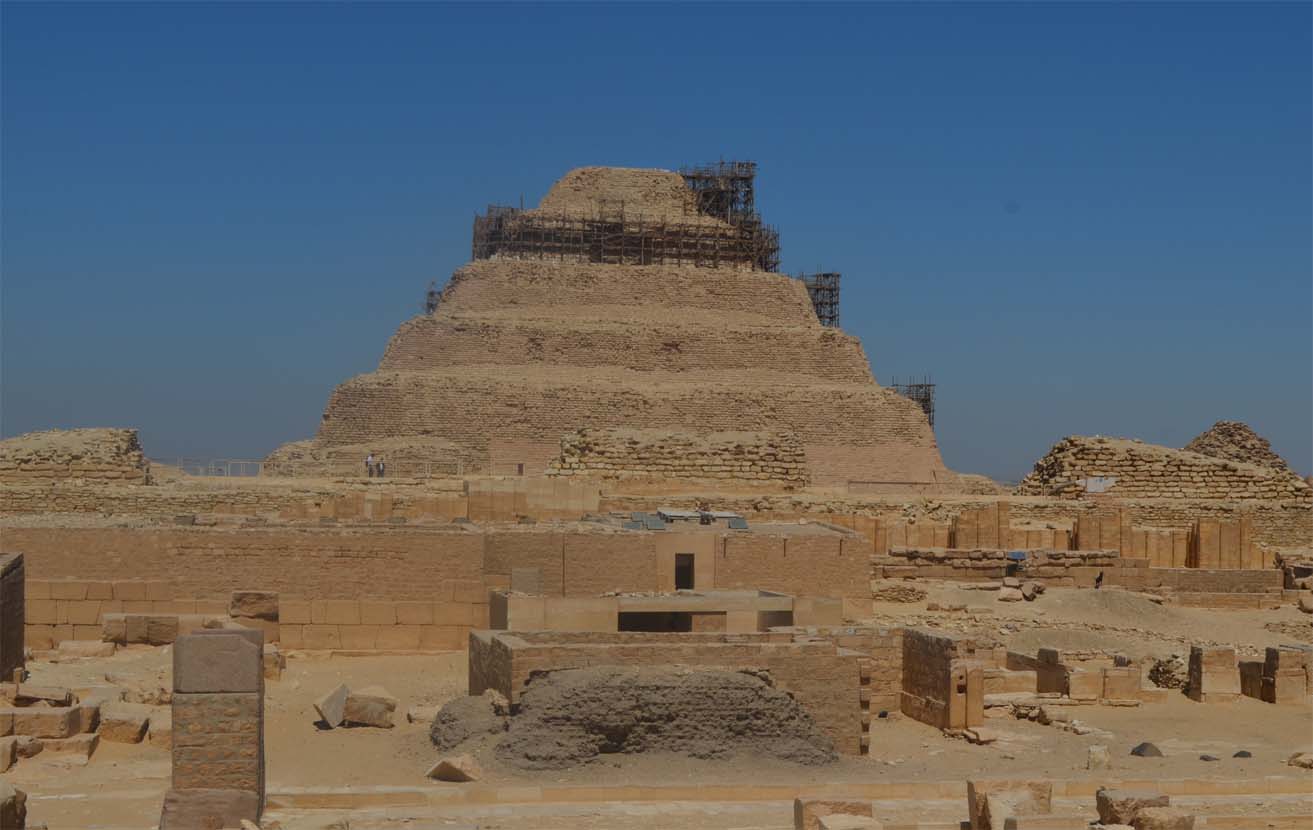 The Great Pyramid of Giza

In Egypt, there are more than 100 pyramids! Tour to Top 10 Pyramids in Egypt let you discover the ten most famous ones. The Great Pyramid of Giza comes on the top of the list, visiting the Great Pyramid of King Cheops at Giza is one of the things to do is must

The second most famous Pyramid in Egypt, was built by king Khafre in 2550 BC Its height was 143 meters and now 136 meters.

Pyramid of Menkaure Is the 3rd one of the pyramids of Giza in Egypt, it was built by the pharaoh Menkaure son of King Khafre. its length of each side of the ribs of 108.5 meters and height of 65.5 meters, now 62 meters after the fall of the exterior cover.

Step pyramid is located a mile far from Saqqara cliff to stay away from the rest of the tombs. The building was supervised by Amenhotep. The Pyramid consists of six unequal terraces, 63 meters high and covered with white limestone. Inside the Step pyramid there is network of vestibules and corridors. The king's burial chamber was built of granite and marble.

Unas Pyramid is famous for its pyramids text the first one to be found in a pyramid. Know more about these unique findings, about it causeway, history of constructions and facts about the pyramid, which is situated in Saqqara. The original height of the pyramid was 43 m, and belongs to 5th dynasty king, dating back to 2385-2355 BC.

Teti Pyramid is situated in Saqqara also, it was 1st discovered in 1881 by Maspero. The entrance of the pyramid opened on its north side and can be visited easily.

The Bent Pyramid is one of the most beautiful pyramids of Egypt and one of three pyramids which were built by Pharaoh Sneferu. This pyramid is the best preserved in the necropolis and owes its name to its singular shape: almost half way up the face the angle of the slope passes from 50*40’ to 43*.

The Red Pyramid, it is fully accessible so you can easily get inside it and discover its passages and causeways. But before going there let's get to know more facts about its history, ways of constructions, its name and interiors.

Pyramid of Queen Hetepheres I

The Pyramid of Queen Hetepheres I located at Giza. The core of the pyramid is originally composed of three or four terraces above each other made of limestone. No coffin was found.

The Queens Pyramids are located to the south of The Great Pyramid of Giza, the pyramids are between 44 meters and 48 meters high 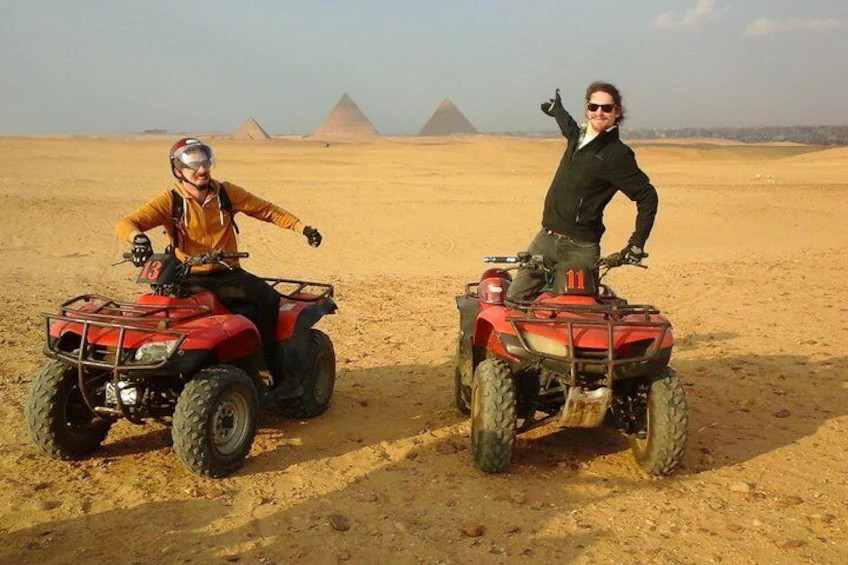 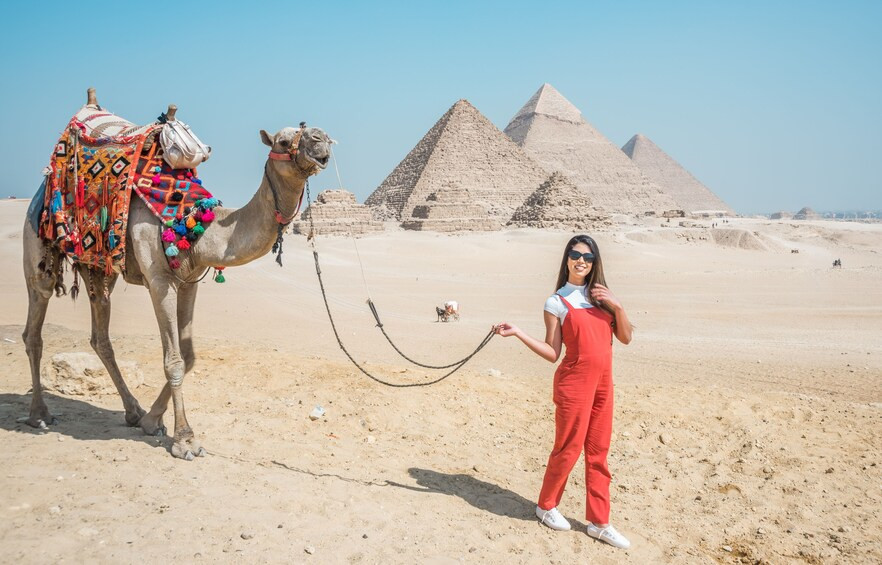 Camel Tour to the Pyramids 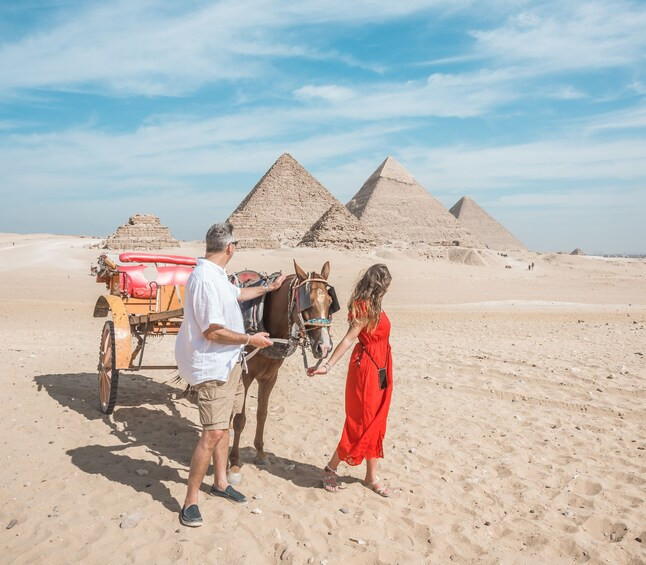 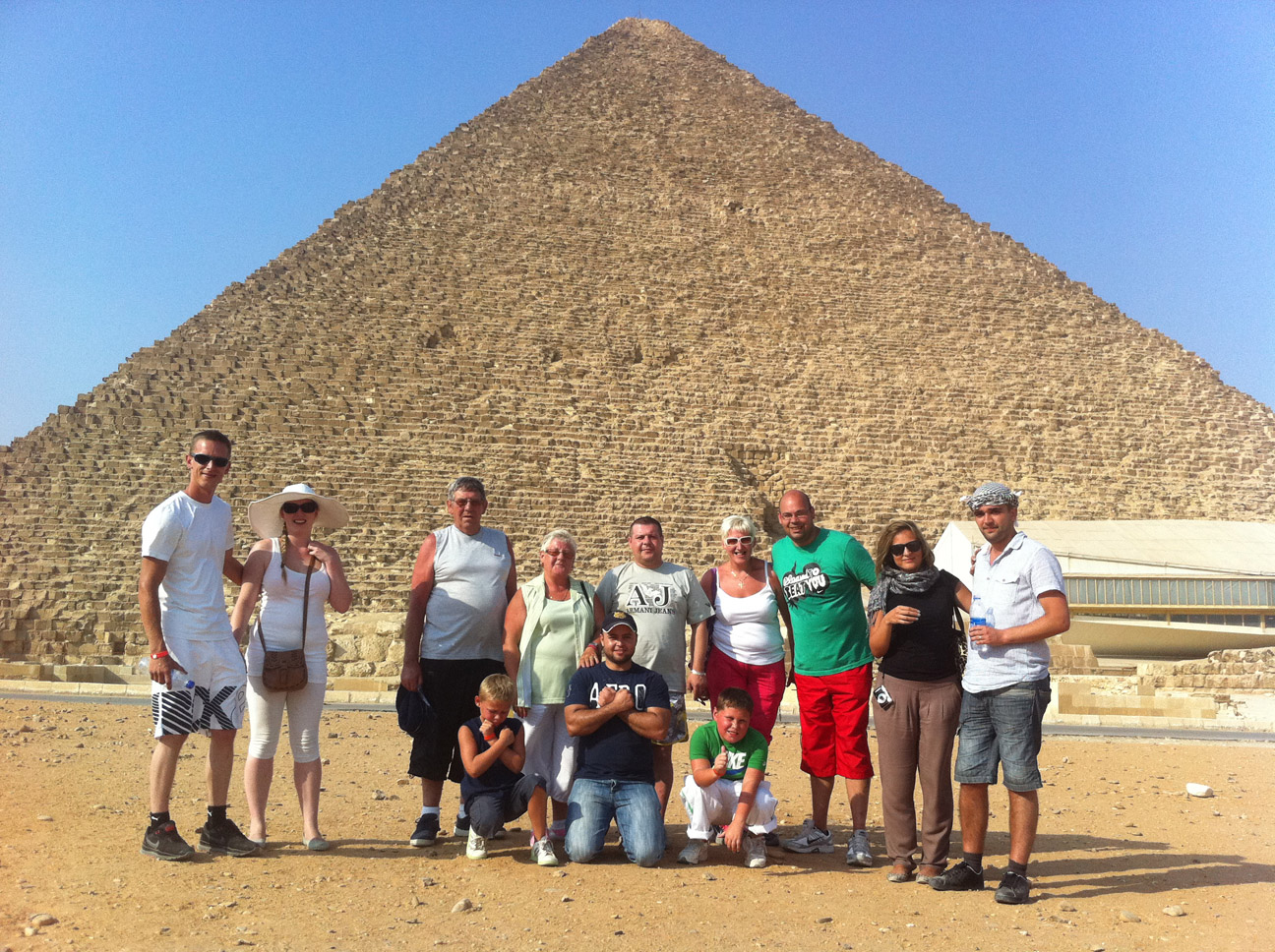