Alexandria Sightseeing | Guide to the ancient monuments in Alexandria 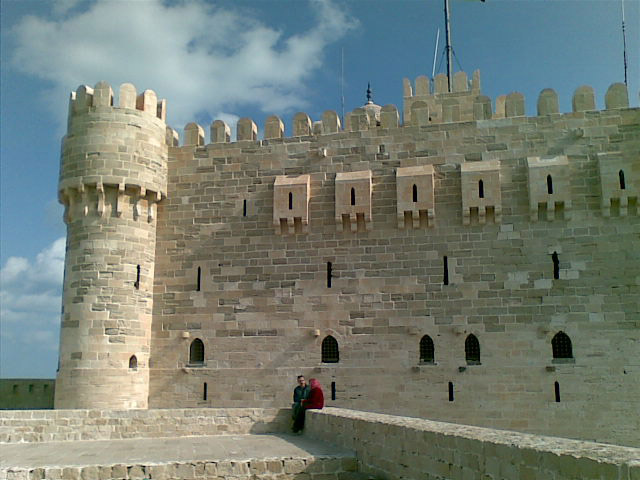 Alexandria is a showcase of Egypt's Pharaonic, Coptic and Islamic civilizations, a living symbol of interaction between these civilizations and the Greek and Roman civilizations. The charm, wisdom and passion of this city by the sea have inspired civilizations throughout history, and today more than 55 cities around the world bear the name Alexandria. But only one is original: founded by Alexander the Great, ruled by Cleopatra and once rivaling Rome, the city has been a stage for eternal love stories, a shore for reunions and a port for departure.

Alexandria was founded in 331 BC by Alexander the Great, who invaded Egypt in pursuit of the Persians, then the Greeks' arch enemies. “Here, shall my dream capital erect...” These are the words murmured by Alexander the Macedonian, as he gazed out toward the Mediterranean in 221 BC - invoking a spirit that remains alive more than 21 centuries later. As Alexander showed respect for Egyptian religion, people supported him against the Persians. When the war was over, Egypt's clergy crowned Alexander as Pharaoh.

The city that eventually became a beacon of civilization started as an obscure village near the island of Pharos, just off the coast. The Greeks joined Pharos to the mainland by creating a land bridge called the Heptastadion, which over time was enlarged to form the curved western arm of the Eastern Harbor. At the tip of that arm was the Pharos, the mammoth lighthouse that Herodotus listed among his Seven Wonders of the World.

The light-house of Alexandria

The light-house was build at the south-east of Pharaoh island, that's why it's know as a Pharaoh light-house. The construction of the building was started at the reign of Ptolemy the 1st and finished under Ptolemy II. It said that the height of the light-house was 135 meters and it consisted of 4 floors. The 1st one was made in square shape and was 60 m high. The 2nd one was octagonal and 30 m high. The 3rd one was circular and around 15 m. The last one had 18 columns with a dome over them. The height of dome with column was 23 m. There was a stature of Poseidon over the dome made of pure bronze. The light-house contained 300 rooms on the 1st floor which were used to store materials for fire like wood. Also it had rooms for workers and guards. Under the ground it had a tank for drinking water.

At the last floor between columns was a pan with oil and wood surrounded by glass that reflected the light to the ships. Some ancient historical said that if to sit behind this glass it is possible to see something more than with normal eye. Maybe they discovered lenses or something in this way. Also it was a lift between the 1st and the 4th floors to transport fire materials. This light-house was used till the Arab conquest and long long after it. At Tulunid and Ayubid times the building underwent some restorations. But after time of Ayubid a chain of earthquakes happened in Egypt that destroyed the 4th and the 3rd floors of the light-house. Another earthquake destroyed the 2nd floor. The remains of the1st floor was used in Mamluk times to observe the coast line. In the 13th centaury a mosque was build over the remains of this house. One more earthquake destroyed the light-house completely. In 1480 sultan Quitbay built a fortress along the coast line to protect Egypt against Ottoman Empire. One of these forts is still seen in Alexandria and bears the name of its founder. To build his fortification Quitbay used stones from the ruins of the light-house.

The Pharos is long gone, toppled in an earthquake, but its place is marked by the fifteenth-century fort of Qaitbay, a beautiful example of Mamluk military architecture at its finest. It is considered as one of the most important defensive strongholds not only in Egypt but also in the Mediterranean Sea coast. It formulated an important part of the fortification system of Alexandria in the 15th century AD.

This citadel was established by the sultan Al Ashraf Abou Alnasr Seif Eldin Qaitbay Alzahiry and is situated at the entrance of the eastern harbor on the eastern point of the Pharos Island. Parts of the remains of the lighthouse can be seen in the construction of the old fort. The blocky fortress houses a marine museum and weaponry recovered from sunken ships from Napoleon's fleet. The city was designed as a capital, a trading seaport and an impregnable fortress to protect the country against potential sea invasions. The original site took advantage of the shelter provided by the Pharos Island.

Old quarters of the city

Alexandria was a model walled city, built according to the Hellenistic girdiron plan of the architect Dinocrates. Alexandria remained the seat of government through the Ptolemimic and Roman eras. One century after its foundation, it turned into the largest in the ancient world. In the Second Century BC , Alexandria was the first city in human history with a population ranging between 100,000 and 150,000 from different nationalities. The city was divided into three separate quarters: the royal Greek quarter lying on the harbour, the Egyptian national quarter in the west and the Jewish quarter in the east.

Palaces occupied about a quarter of the city area, in addition to a huge stadium, amphiteatre, gardens and two obelisks named after Cleopatra (at present in London and New York ). Alien residents, notably Greek and Jewish, were encouraged to settle and to contribute to the professions and commerce.

After Alexander the Great, Ptolemy maintained Alexandria as a capital of his kingdom. Ptolemy I Soter (the Saviour) 323 BC-283 BC, gathered a galaxy of prominent scientists and intellectuals, turning Alexandria into a centre of Greek culture. He set up two important institutions: the Muscion (the University) and the Library of Alexandria which had a major impact on the intellectual and scientific movement in Alexandria.

The library of Alex - was established by Ptolemy I and the goal of the library was to serve the scholars who lived in museum. Fist kings of the dynasty paid too much attention to the library and brought a lot of books from all over the world. Each write created something important and worth reading had to donate a copy of his work to the library. The library was situated in the royal area, because the city itself was divided into several aeries. It was said to contain 500 000 volumes of books and papyruses. The books of library were divided into 8 subjects: poetry, prose, philosophy, history, logic, tragedy & novels and the last one was devoted to sciences (mathematic, geography and so on).

Together with the library Ptolemy I established the museum that was used like we use universities now. It was a place where scholars spent their time making their researchers but without being teachers, also they got salary for their researches. Kings of that dynasty paid too much attention to this museum and spent a lot of money for it so that it became the most famous place and so many famous scholars and scientists worked in the museum. The director of the museum was a priest appointed by the Ptolemaic king himself and later by roman emperors. He and his successors, including Cleopatra, introduced many architectural, cultural and economic additions, of which one came to be considered one of the seven wonders of the ancient world, namely the Alexandria lighthouse.

There is a place in Alexandria known as Kom el-Dekka, many Roman monuments were found exactly there. One of them is Roman Amphitheatre, the only Roman amphitheater in Egypt. Another monument is dominating the area and can be seen from far away, this is Pompey's pillar or ship mast which was constructed in honor of Diocletian in 292 AD. And a private temple known as Ras el-Soda is another example of the ancient monument still standing in the city of Alexandria.

After the defeat of Cleopatra and her ally Mark Anthony by the Romans in 31 BC, Egypt came under the domination of the Roman Empire. During that era, Christianity spread widely in Alexandria at the hands of Saint Mark the Apostle and the Church of Alexandria gained increasing importance. In 617 AD, Egypt was occupied by the Persians and was later recaptured by the Romans through long years of fight over the control of Alexandria.

There were 2 kinds of Roman bathes in ancient Alexandria: private and public. Private bathes can be divided into 2 kinds: Foot bath that was used for a simple washing. It was a deep basin made of stone and anyone can enter it taking just one or two steps down. Bath – most of the time rich people used such kind of bath and it looked like the modern one that is in use nowadays. Sometimes it was used as a coffin after the death of its owner. A stone cover was made to cover the bath.

Public bathes were not only a place for taking bath but most of all it was a place for recreation, reading, relaxation and so on. Such bathes were built of bricks, but just public areas. Other rooms for staff and store rooms were made of lime-stone. As a rule these bathes consisted of 3 rooms: cold water room, hot water room and steam or fire room. A small door separated a cold-water room and a hot-water room but a big one separated steam room and hot-water room. The floor of the hot–water room was a little bit higher than the ground standing on brick piers. Over these piers stone tiles were put to let the heat pass through it and warm the hot-water room.

In Alexandria tombs are situated in 2 main areas to the east of Alexandria - al-Shatby and Mustafa Camel tombs and to the west al-Anfushi and Kom el-Dekka. Eastern tombs date back to Ptolemaic times, they are more ancient. Western tombs date back to Roman times. Greeks were used to cremate dead people and put the ashes in a pot (urn). But Egyptians 1st mummified a dead person and then put the body in the coffin. At the time of Ptolemaics a new way of burring was found: a room called loculus/i was dug under the ground, then a small hall was made in the wall where an urn was placed. Then the hall was closed. Catacombs of Kom el-Shuqafa is a perfect example of such a burial and a reconstructed Tigrane tomb near it is another example of tombs built in Alexandria.