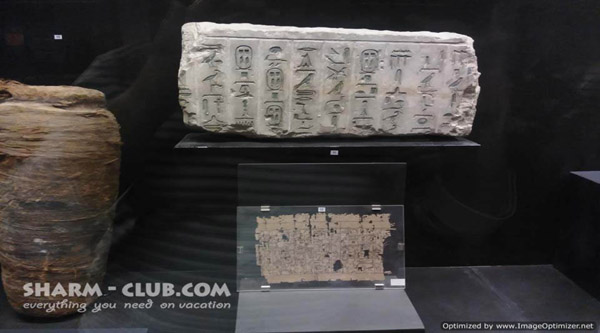 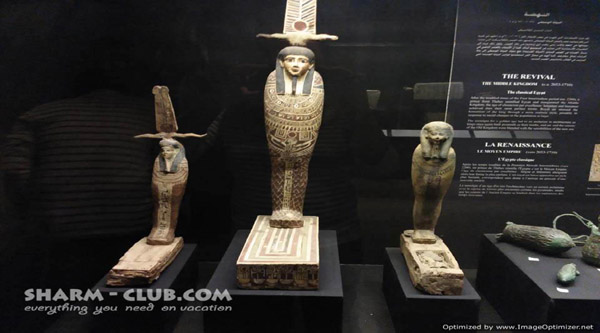 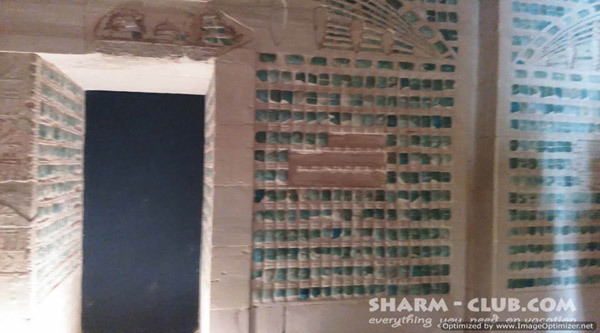 Blue tiles from the palace of king Zoser. 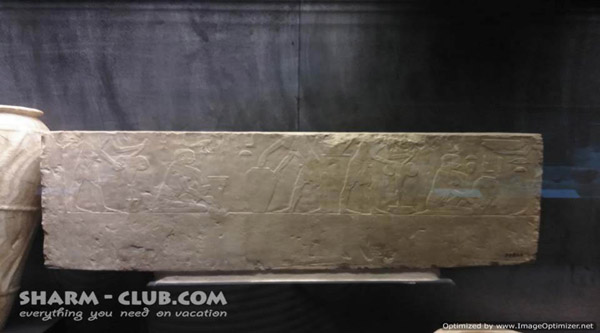 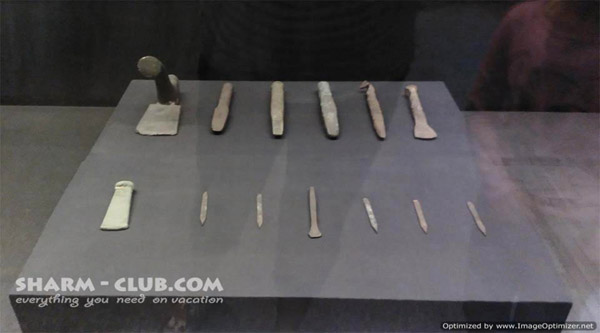 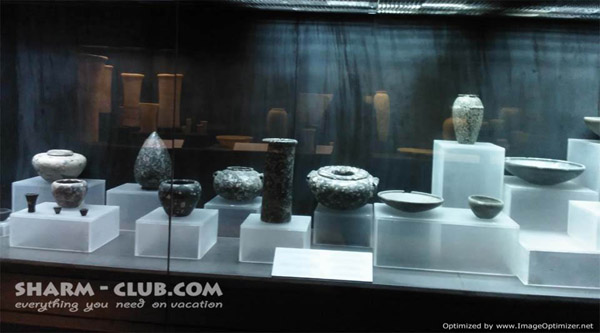 Some tool on display.

Saqqara museum is a small exposition of unique artifacts and interesting findings totally dedicated to discoveries made in Saqqara necropolis. This small gem among Egyptian museums will reveal you the history of discovering the Old Kingdom necropolis and its mysteries.

Officially inaugurated on April 20, 2006, the Imhotep Museum is located at the foot of the Saqqara necropolis complex, not far from Memphis. The museum venerates both the Ancient Egyptian architect Imhotep and the notable French Egyptology Jean Philippe Lauer. It is a gem as on display you will find monuments excavated at Saqqara but never displayed before in any other museum in Egypt. The museum’s major theme is to display the most significant artefacts discovered on the Saqqara site.

Prior to the entrance on the right hand side visitors are first welcomed into a visitor’s center or the so called visual setting hall where they watch a 10-minute documentary movie on Saqqara’s history called Saqqara Hidden Path to Eternity presented by the National Geographic Television and Film, in cooperation with the Supreme Council of Antiquities and narrated by renowned Egyptian and international actor Omar El Sherif.

Upon entering the first of six halls, visitors will encounter a remaining pedestal of King Zoser’s statue found at a small sanctuary south of the entrance colonnade of his funeral complex. The feet steps over nine bows representing foreign countries. On the base is an inscription with the names and titles of King Zoser; besides which Imhotep was granted the privilege of carving his name.
To the right is the second gallery called Saqqara’s Mission, showing the most recent discoveries unearthed in Saqqara by various archaeological missions. Among the collection is the famous well preserved and gold cased anthropoid coffin, which was among the excavations of Dr.Zahi Hawas dating back to the late period around the 30th dynasty. In addition to copper surgical instruments from a 5th-6th dynasty tomb of Qar who was a physician of the palace and keeper of the secrets of the king. Near his tomb other bronze objects were found including a statue of Imhotep that was found in a cache dating to the late kingdom, which is currently on show in another hall of the museum.

On the right hand side next to the Saqqara Mission room is the third Saqqara Styles hall presenting a collection of stone vessels used for cosmetic mate-rials and ointments from the early dynastic period. Among these are a collection of clay and alabaster vessels in various shapes. More than 40,000 vases carved from hard stone were found in galleries beneath the Step Pyramid. Many of these were from the first and second dynasties and it is believed that Zoser placed them in his tomb. Moreover one could see a different collection of instruments and tools, a collection of limestone and vividly painted wooden statues.

After the Saqqara styles gallery the visitor will pass through fourth hall designed mainly to exhibit remains of diverse architectural styles from Zoser’s funeral complex at the site. Items include remains of columns form the colonnade, remaining frieze of cobras brought from the facade of the southern tomb’s cult chapel for protection, a headless statue of King Zoser, a large model of the blue tiled wall of the step pyramid’s southern tomb, showing king Zoser in a ceremonial dress for his jubilee festival known as the Heb-Sed Festival. Also on show in this room is the famous bronze statue of Imhotep.

A doorway from the fourth gallery leads to the fifth entitled Saqqara tombs providing a general idea of a tomb’s content. On show is a wooden coffin with remains of blue colors and has religious coffin texts inscribed on its inner sides painted in black on a yellow coating. Above the coffin was found a wooden rowing boat which is now on show above the coffin. An offering table and a false door are also on display close by the coffin.
On the right hand side of the room is most probably the mummy of Merenre discovered by Gaston Maspero in 1881 dating back to the 6th dynasty around 2297-2292 B.C. The room exhibits the work of Jean Leclant and Audran Labrousse at the Pyramid Complex of Pepi I and Pepi II, including on show the viscera of King Pepi I as well as remaining preserved parts of a kilt.

Back heading towards the exit we see the Lauer’s library marking the sixth and ultimate gallery. The French Archaeologist Jean Philippe Lauer devoted his life to Saqqara, which has always been and remains a place of attraction with all what it has to offer to visitors.