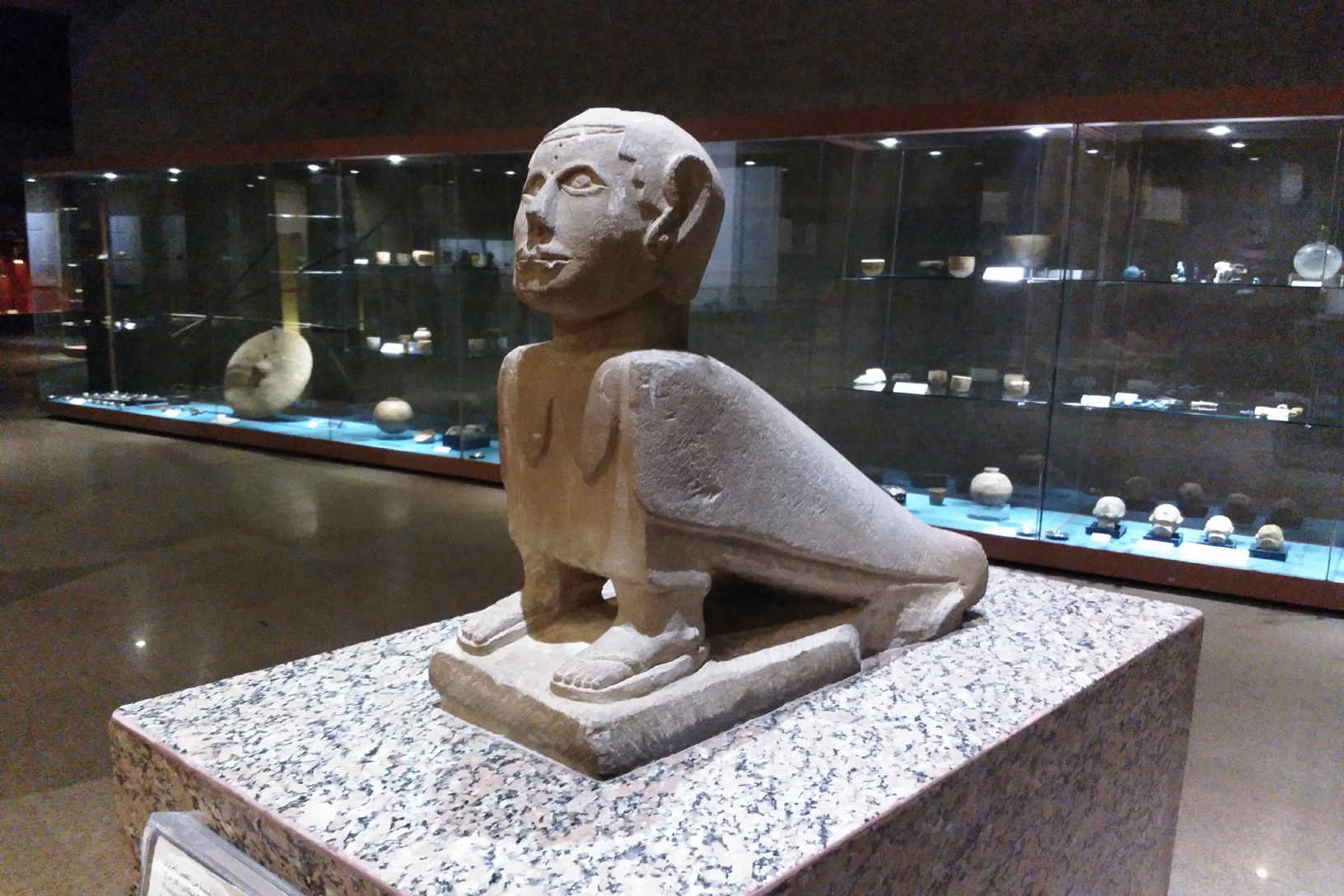 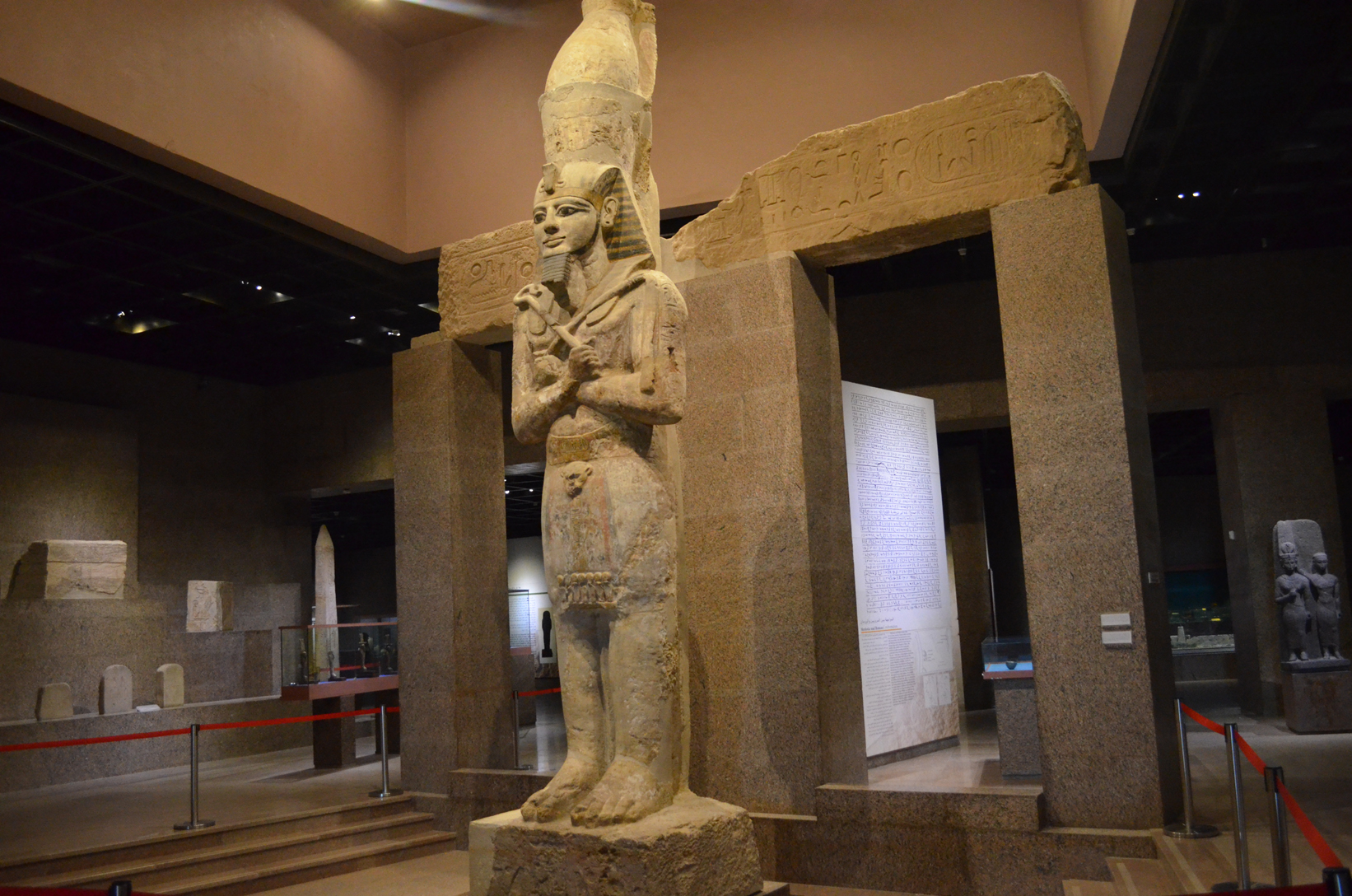 The beautiful architecture of the Aswan Nubian Museum alone is worth seeing. Due to the quantities of material recovered from tombs, temples and settlements, UNESCO was encouraged in the 1980's to plan a new Nubian museum in Aswan where the objects could be stored and exhibited. The museum is located on the road to the airport, opposite the Fatimid cemetery, its sandstone building, which incorporates features of traditional Nubian architecture, blending well into its rocky surroundings.

The museum has been accomplished and opened its doors for visitors in November 23, 1997. After the Nubian monuments salvage project had been accomplished, the Egyptian government in cooperation with UNESCO decided to establish Nubia museum in Aswan as a fruitful of the Nubian monuments salvage project through an international appeal, in frame of international campaign under the umbrella of UNESCO. Many countries, institutions and museums participated in the establishment of Nubia museum to house objects found in Nubia during the last two centuries and recent discoveries.

The museum is dedicated to the history of Nubia, the area that stretches from Aswan in the north through the Sudan in the south. Designed as an innovative interpretation of traditional Nubian architecture, the museum won an Aga Khan Award for Architecture in 2001. It is a celebration of Nubian history and culture from its earliest beginnings until the building of the High Dam.


The museum is organized along a chronological path illustrating the development of the region from prehistory up to the present through art and artifacts. In addition, the museum boasts life-size models showing traditional Nubian customs as well as a permanent exhibit documenting international efforts, carried out during the construction of the Aswan Dam, to rescue the ancient monuments of Nubia from the waters of Lake Nasser.


The scheme draws visitors through the museum building and out to an exterior exhibition area designed to represent the Nile Valley. This area includes a cave housing prehistoric drawings of animals and also features of traditional Nubian house, an outdoor theatre for 5 hundred people and the Fatimid tombs. There is also a canal symbolizing the River Nile which is surrounded by local flora and fauna. Don't forget to take a walk inside this partly open-air museum where you'll find yourself wandering between a prehistoric cave with painted rock-art, ancient Egyptian statues, obelisks and columns and even a complete Nubian house. The total area of the museum and its surroundings is 50,000 square meters.

The walls and floors of the interior spaces are clad in local material in this case pink granite, while the ceiling of the exhibition areas are open - timber grids, providing maximum flexibility for installation of lights and services. In 28 showcases, the museum constructed with high international technology specialty in lighting system to preserve the objects and so the whole lighting of the museum.


The collection of 2076 pieces was chosen carefully to represent the different stages of the Nubian history, civilization and heritage. Thus the halls exhibit objects and artifacts from pre-historic period through ancient Nubian civilization, to Christian and Islamic eras and then modern times. The main exhibition hall has as its impressive centerpiece a colossal statue of Ramesses II from its temple at Gerf Hussein, which were in too poor condition to be saved in its entirety. The Nubia museum contains artifacts masterpieces that were found on sites now submerged, during the UNESCO salvage campaign. The museum contains a variety of monumental objects from different parts in Egypt, collected in Nubia during the first half of the twentieth century.


Among the most important items in the collection are:

1. The reconstructed rock-cut shrine of Usersatet from Qasr Ibrim

2. A mummified ram of Khnum with a gold mask from the Temple of Khnum on Elephantine

4. Releif carvings from the temple of Ramesses II at Gerf Hussein and the chapel of Horemheb at abu Oda

5. A Meroitic lion and other items from Qasr Ibrim.

These are just a few items to be named from a vast collection of the museum definitely not to be missed.