Luxor Day Trip and Luxor east and west bank tour is a full day Luxor excursion from your hotel in Luxor or Luxor airport. Visit Karnak temple, Queen Hatshepsut temple, Valley of the Kings, Memnon Colossi and other historical places in the city.

Pick up from a meeting point

Luxor Day Trip and Luxor east and west bank tour starts in the early morning. Our English speaking guide will pick up you from your hotel in Luxor or from the city's airport and you will start you Luxor day trip with the excursion tour to the west bank of Luxor.

Valley of the Kings excursion

Valley of the Kings is the ancient cemetery of the pharaohs of the New Kingdom and is hidden in the mountains on the West Bank of Luxor, between the two limestone hills of Gurna. It was named by Francois Champollion as Valley of the Kings. All of the tombs were robbed in antiquity, except for the tomb of the boy king, Tutankhamun which was found completely intact in 1922 by Howard Carter. The Valley of the Kings holds 63 registered tombs and every year more tombs are discovered there. Our Valley of the Kings tour includes entry into 3 different tombs, however if you wish to see either the tomb of Tutankhamen or tomb of Ramses VI, there is an additional ticket cost.

Queen Hatshepsut temple at Deir el-Bahari is a mortuary temple with a unique design as it is the only temple in Egypt built in terrace formation into the cliff face. Hatsheptsut was a famous female pharaoh who wore a false beard and all the trappings of the male pharaohs in order to claim the throne for herself. There are chapels dedicated to Hathor the goddess of motherhood, joy, love, peace, happiness and music, and chapels dedicated to Anubis, the god of mummification and death, and Amun-Ra the king of the gods. On the temple walls are reliefs showing the first commercial trading expedition to Somalia (ancient land of Punt).

Trip to Colossi of Memnon

Lunch will be served in a local restaurant in Luxor, drinks are paid separately.

Excursion to Karnak Temple - the largest ancient temple complex in Egypt measuring 62 acres. It was in use continuously for 1700 years. The main temple area was dedicated to Amun-Ra, the patron god of Luxor and it has the largest Hypostyle Hall (columned hall) in the world which is unrivalled. Within the complex is the small chapel dedicated to the goddess Sekhmet and the chapel of the Divine Adoratrice which is often known as the Osiris chapel. Karnak Temple complex is one of the major sights of Ancient Egypt and within its bounds the sacred energies of Ancient Egypt can still be felt.

Back to your hotel/meeting point

At the end of the day transfer to Luxor airport or hotel . 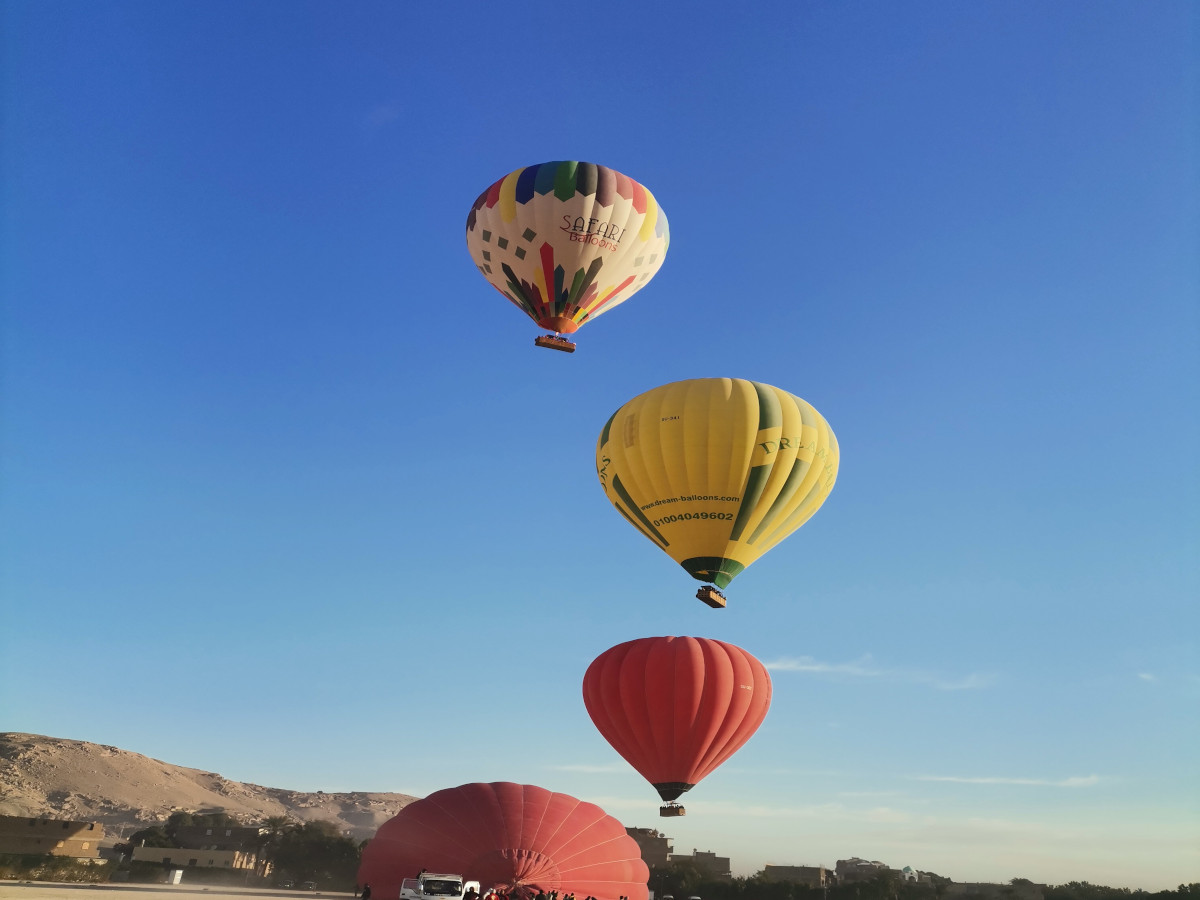 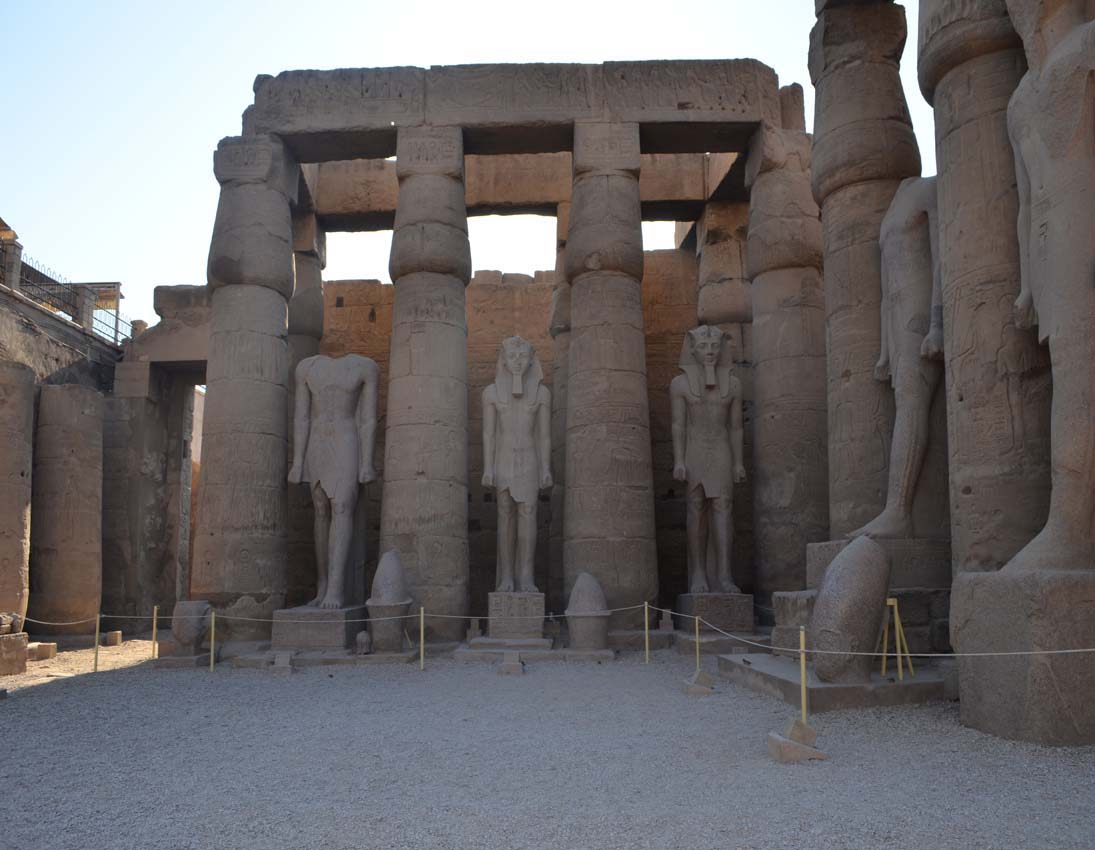 5/5
252 Reviews
Total review count and overall rating based Sharm Club and TripAdvisor reviews
5 stars
4 stars
3 stars
2 stars
1 stars
Amazing Sound and Light show at Karnak
5 / 5
Darrel , 15 Dec 2015
Our guide in Luxor met us at the reception of our Luxor hotel and introduced himself as John, we went straight to the minibus so start the tour. Security and safety were paramount to John along with ensuring that we had a very good day. We went to the Collossi of Memnon, where John explained about the statues in very precise and easy to understand details. We were then taken to Hapshepsut Temple where John explained how and why it was built, also showing us the art works, carvings and the cartouche, we were allowed to look around to take our own photo's and agreed to meet back at the entrance after approx 1 hour, we had plenty of time to explore. We were then taken to lunch at a traditional egyptian restaurant in Luxor on a back street, the food was excellent. After lunch we were taken to the Karnak Temple Complex where John showed us around explaining how it was used and build, how the obelisk were used etc, once again we were allowed to explore and meet back at the entrance, at no stage did i feel unsafe. Once meting back we then went on a boat trip to Banana Island where we had fresh dates, Bananas, Oranges and Guava all grown on the island, we then left and had a leisurely cruise down the Nile back to Luxor where we walked around the Luxor temple, followed by a walk into the Market, what an eye opener seeing the fresh produce and the Egyptians buying their provisions. We were then taken back to our hotel and John Thanked us for an enjoyable day.
Write review