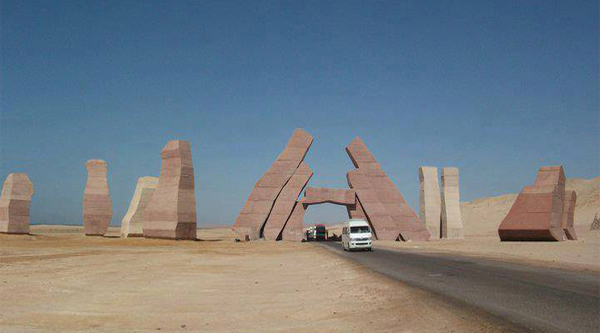 Ras Mohammed is the only National park of Egypt is situated in Sharm el Sheikh and is famous for its marine life, mangrove trees, rare birds and animals.

Establishment of the park

The National Park at Ras Mohammed is the first and only Egyptian National Park. Declared in 1983 with an area of 97km2, it has since grown to an area of 480km2 and includes marine and terrestrial areas at the Ras Mohammed Peninsula and the island of Tiran, and all shorelines to the highest annual tide between the maine Shaim el Sheikh harbor and the southern boundary of the Nabq Managed Resource Protected Area.

The park is famous for

The Park is notable for its sharply defined raised fossil coral platforms which represent ancient shorelines. These reefs range in age from 15,000 to 2;000,000 years BP (before present). The mare recent fossil reefs show similar species composition and structure to present day coral reefs .
Recognizable species include: Goniastrea sp., Galaxea sp., Porites sp., and others. Fossil reefs, like modern reefs, were also habitats for a profusion of life seen as fossil remains in the Park .

Studies of fossil coral reefs provide scientists with valuable insights regarding past climatic conditions, changing sea levels and the effect of these on coral reef ecosystems .

Coral reefs in the National Park present the visitor with a breathtaking experience. The profusion of life can at times overpower the senses of the first time visitor, but on the reef there is order. Close and careful observation will enable even the uninitiated to identify the more obvious relationships .

All organisms on the reef have particular adaptations related to their feeding behavior. Damselfish tend their patches of seaweed, defending these with vigor. Parrotfish grind at the base of corals to feed on algae. They then excrete clouds of undigested carbonate which settles and helps to cement the reef. Cleaner wrasse are seen at work on larger fish such as groupers, rays, barracuda removing parasites from their mouths, gills & outer body. Sharks, barracuda, jacks, etc. come to the reef to feed on schools of reef fish .

The reef is a complex, often "bewildering, ecosystem that once understood will provide endless hours of enjoyment. Careless use will destroy both the structure and ecological equilibrium of the reef. Careful use will ensure the survival of this ecosystem .

Wild life of the park

Terrestrial are to the exuberance of color and life seen on Seemingly devoid of visible life, they are in fact home to the desert fox, Nubian Ibex (in the mountain areas), numerous small mammal species, reptiles and insects. Most of this fauna is difficult to see given their nocturnal habits. Fox are often seen in the vicinity of Main and Yolanda Beaches. They harmless if approached with care, they should not be fed can be provided with water. Fox cubs can be seen at sun during late spring. All other wildlife should not be approach

The Park is also home to important resident populations including Grey Heron, Goliath Heron, Reef H and their small relative, the Greenback Heron .