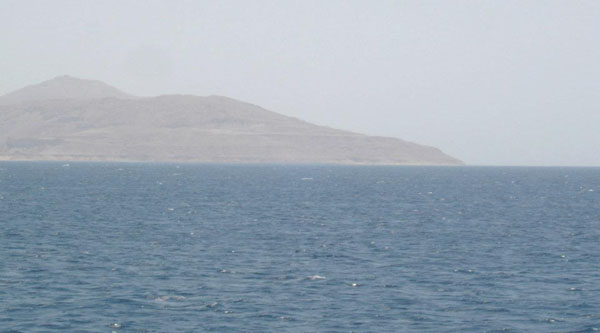 Location of the island

Tiran is a large crescent shaped island, located at the entrance of the Straits of Tiran, separating the Red Sea from the gulf of Aqaba, which is more than 1,800 meters deep. Tiran island is easily visible from the mainland, even from most rooftops in sharm-el-Sheikh.

The nature of the island

Tiran Island is a mass of granite covered by sedimentary rocks and coral reefs six kilometers off the eastern coast of Sinai . Sanafir Island is about two-anda-half kilometers west of Tiran ; its large open bay offers refuge for ships in case of emergency. The islands' only water source is rainwater that accumulates in holes formed by winter floods. Not only are both islands surrounded by reefs, but there are also four erg reefs (not attached to a shoreline) in the Straits of Tiran.

Tiran island is a picture of perfection

Long shores, sandy beaches and clear waters - paradise on earth. Untouched and undisturbed by everyday tourists, Tiran island is a picture of perfection, totally secluded and isolated – a cloud of beauty but unfortunately off limits.
The northern part of Tiran Island is a flat plain, whilst the southern side is hilly and mountainous, being one of the very few places where the Mangrove Avicennia found. To the east is an isolated lagoon, with inviting crystal blue waters, resembling that of a luxurious swimming pool. Surrounding the northern and eastern sides of the island are the most spellbinding and spectacular live corals one could ever dream of seeing, exclusive to the Gulf of Aqaba , attracting all kinds of marine inhabitants, even turtles are expected to lay their eggs on Tiran 's shores.

Coral reefs near the island

These coral reefs are formed of four groups: Gordon, Jackson, Thomas and Woodhouse, which are separated by deep crevices, measuring between 40-80 meters in depth. Meanwhile the distance between Gordon Reef and Sinai's shore is 1.200 meters, with a depth of 300 meters, whereas between Jackson Reef and Tiran Island the distance is only 800 meters with a depth of 70 meters.
Due to these fascinating corals and intriguing marine life, Tiran and its neighboring areas prove to be ideal destinations for boat trips of divers and Snorkelers, not to mention its interesting historical relevance.

How the island became Egyptian

Originally belonging to Saudi Arabia , Tiran Island was leased to Egypt during the war of 1956, to President Nasser from king Feisal. The straits, being the only entry, enabled Tiran Island to play a significant part in the war of 1956, therefore it was used as an observation post or watch tower to monitor the passage of boats and ships through to the Gulf of Aqaba , thus preventing the entrance of ammunition during this critical time.

Unfortunately because of its extended coral reefs, fierce winds, strong currents and poor visibility (mostly in the early hours of the morning) many boats were destroyed. Thus causing the numerous wrecks found in the vicinity of Tiran , as the sole source of light come from the Jackson Reef lighthouse that could only be seen within a range of 800 meters. Many of these wrecks were cargo ships carrying merchandise, such as silks etc mainly from India to sell in foreign lands.

Inhabitants on the island

The only inhabitants on the island are the Osprey (fish hawk), who couldn't have found a more appropriate home. Suited to their quiet nature and so perfect for their isolated life on Tiran island, the Osprey freely fish along its shallow shores in a safe environment.