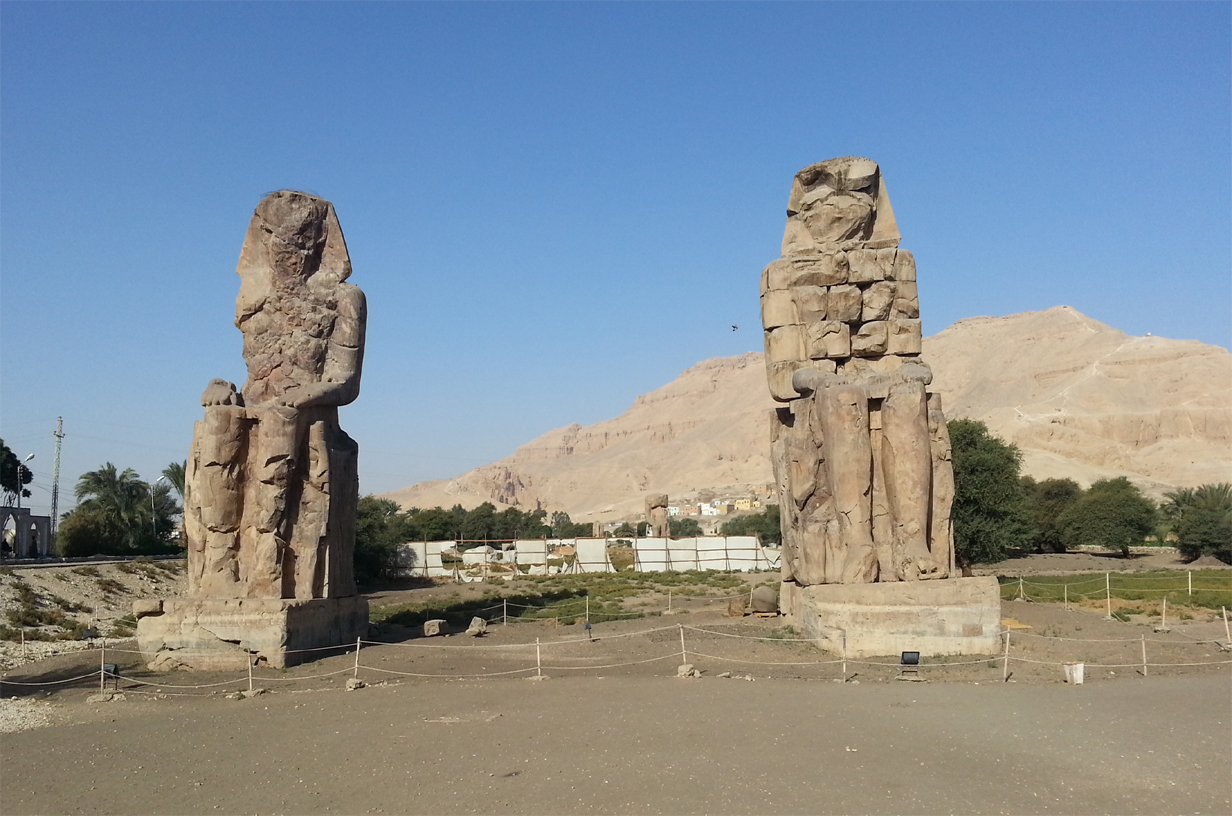 Cairo and Luxor two days excursion by land and sleeping train includes visits to the most famous sights in Egypt. Let's visit Sphinx and the Pyramids, Queen Hatshipsut temple and Valley of the kings, Huge temples of Karnak and Memnon colossi.

Transfer from Hurghada to Cairo

Our two days trip to the most famous ancient cities in Egypt will start with early pick up from your hotel by a comfortable a/c bus. We do pick up from any hotel in Hurghada. The bus journey may take up to 6 hours, so we will have some stops on the way. Do not forget to pick up your breakfast box from your hotel reception before traveling to Cairo. Upon arrival in the city, our English speaking guide will meet you and you will start the excursion.

Let's fist visit so called The National Egyptian Museum or Egyptian Museum of Antiquities, situated on Tahrir square and built more than 100 years ago by a French architect. The museum hosts many collections of ancient pharaonic history and the most famous Tutankhamen collection including golden mask and coffin. We will spend around 2,5 hours exploring all the collections of the museum.

Then enjoy with sailing along the Nile on a small boat, watch the city form the Nile, get warm breeze and live the moment. The Nile boat ride will take up to 45 minutes.

Lunch will be offered in a local restaurant on set menu basis where you can choose between options available. Vegetarian options are also available.

After the lunch we will continue our tour and move to Giza to discover one of the seven wonders of the world: The great pyramid of Cheops. We will visit other pyramids of the area as well: the pyramid of Chephren and the pyramid of Mycerinus. We will end our tour in Pyramids area after visiting Sphinx and its valley temple.

At the end of the day we will get a chance for shopping in the area around the Pyramids. Visit of papyrus institute, perfume palace or cotton fabric will be available.

At the end of the day transfer to the train station to catch your night sleeping train to Luxor. You will spend a night in a comfortable cabin for 2 people only. In Luxor our professional English speaking tour guide will meet you and you will have time to get your breakfast (not included, paid extra) after transfer by air-conditioned van to the west bank of Thebes.

Valley of the Kings is the ancient cemetery of the pharaohs of the New Kingdom and is hidden in the mountains on the West Bank of Luxor between the two limestone hills of Gurna. It was named by Francois Champollion as Valley of the Kings. All of the tombs were robbed in antiquity, except for the tomb of the boy king Tutankhamen which was found completely intact in 1922 by Howard Carter. The Valley of the Kings holds 63 registered tombs and recently 2 more tombs have been found. Your visit includes entry into 3 tombs, however if you wish to see either the tomb of Tutankhamen or Ramses 6, there is an additional ticket cost.

Queen Hatshepsut temple or Deir el Bahari temple is a mortuary temple with a unique design as it is the only temple in Egypt built in terrace formation into the cliff face. Queen Hatsheptsut was a famous female pharaoh who wore a false beard and all the trappings of the male pharaohs in order to claim the throne for herself. There are chapels dedicated to the goddess Hathor the goddess of motherhood, joy, love, peace, happiness and music, and chapels dedicated to Anubis, the god of mummification and death, and Amun-Ra the king of the gods. On the temple walls are reliefs showing the first commercial trading expedition to Somalia (ancient land of Punt).

The Colossi of Memnon

Karnak Temple is the largest ancient temple complex in Egypt measuring 62 acres. It was in use continuously for 1700 years. The main temple area was dedicated to Amun-Ra, the patron god of Luxor and it has the largest Hypostyle Hall (columned hall) in the world which is unrivaled. Within the complex is the small chapel dedicated to the goddess Sekhmet and the chapel of the Divine Adoratrice which is often known as the Osiris chapel. Karnak Temple complex is one of the major sights of Ancient Egypt and within its bounds the sacred energies of Ancient Egypt can still be felt.

Transfer from Cairo to Hurghada

At the end of the day when we finish our program transfer to Hurghada by a private a/c vehicle. 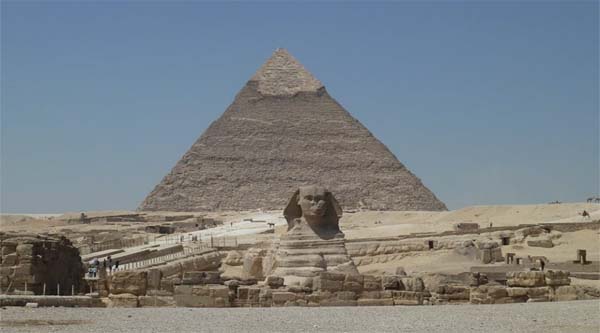 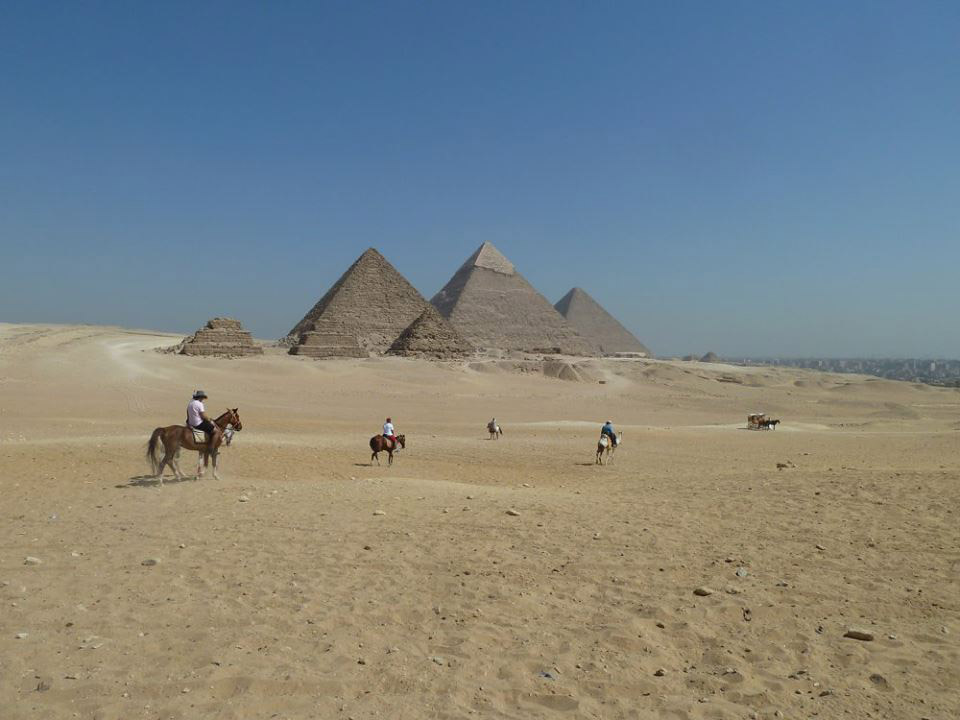 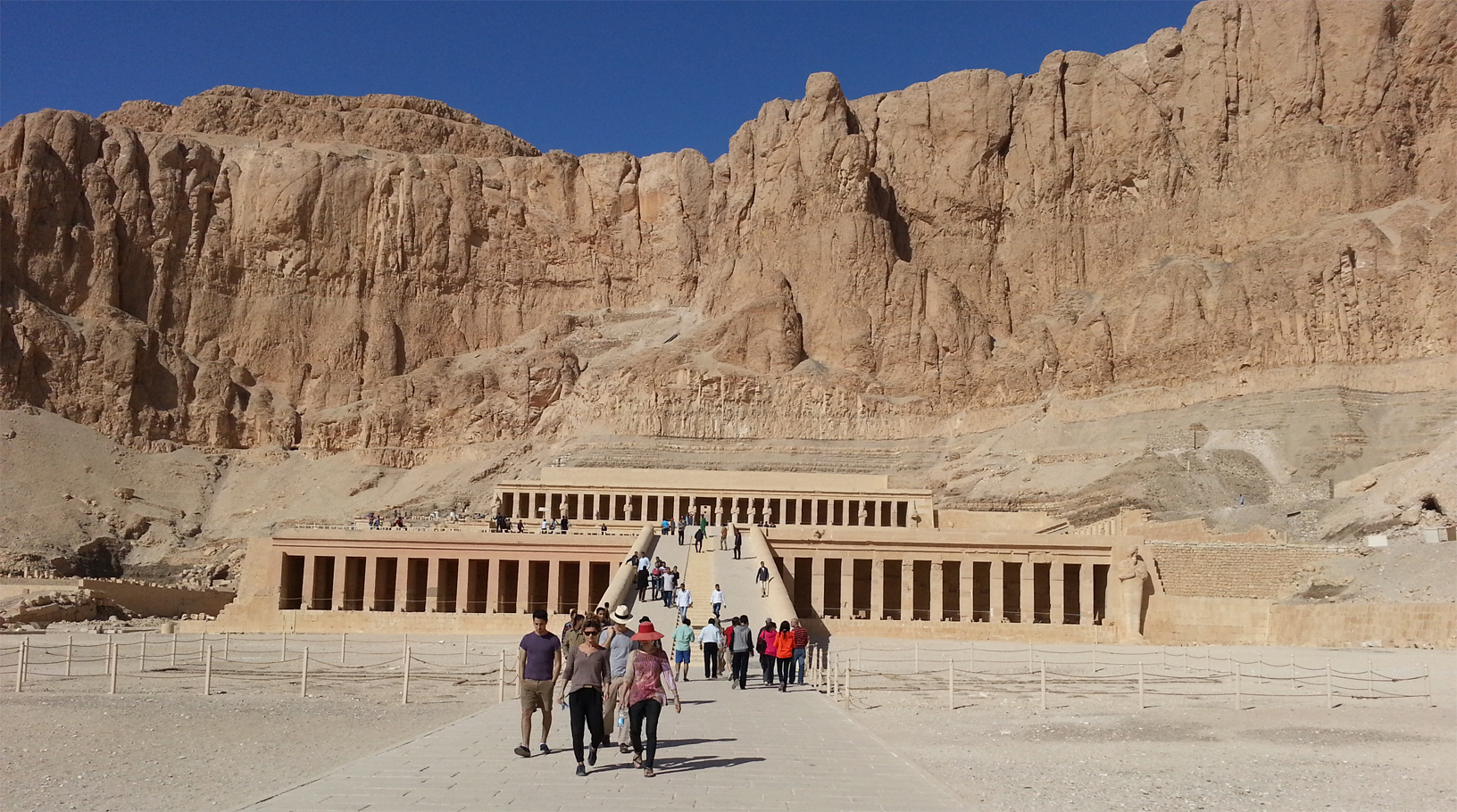 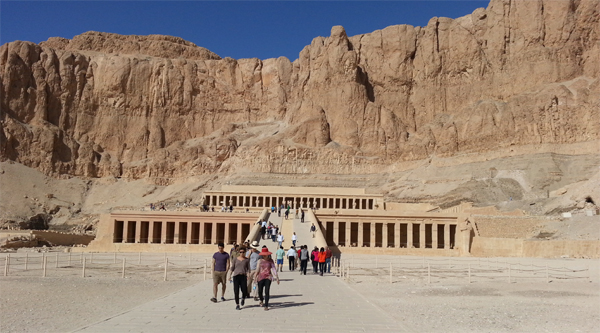