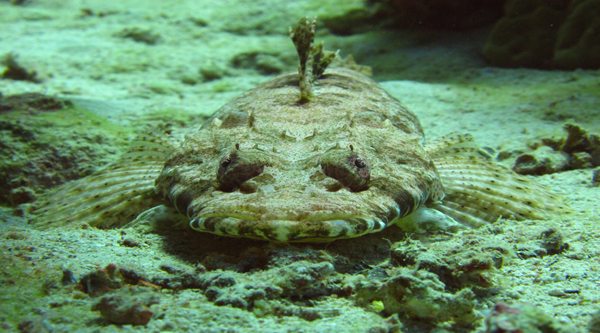 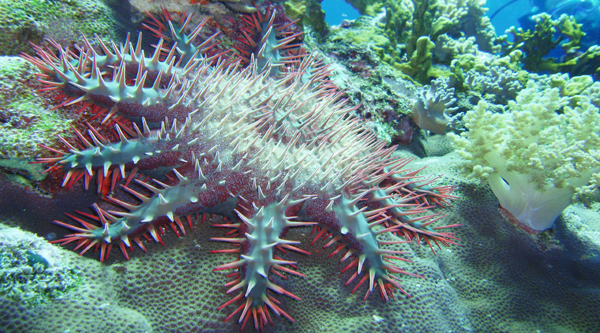 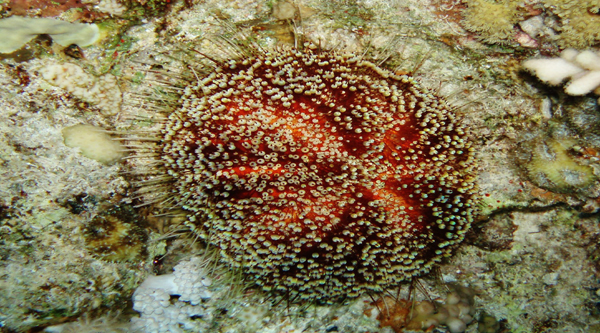 Underwater world of the Red Sea is beautiful and diverse but many of its beautiful creatures are really dangerous, so watch out for potentially dangerous fishes with the help of our guide.

An inadvertent brush against fire coral can result in itching and burning skin for several days. An inadvertent brush with a stone-fish can result in death. We want to inform you of possible dangers so you will know when to be cautious. In the Red Sea, as in most oceans of the world, the dangerous creatures are generally in-aggressive toward man. Only when placed in a fight or flight situation do they pose a problem. The dangers of the underwater world are largely in peoples' minds. It would be a shame to miss some of the sights and sensations of the underwater world because of ambiguous fears. Still, a prudent diver needs knowledge of creatures to avoid potentially dangerous situations. Some pose more risk than others.

Several species of rays are common in the Red Sea. There is a small Electric ray, Torpedo marmorata, usually no more than a foot in diameter. It is often buried in the sand and can deliver a fairly strong shock if touched. Colored a mottled brown this little creature is well camouflaged.

Stingrays range in size from those having a wingspan of about a foot, such as the reef, or blue spotted stingray to the eagle ray, which grows to four feet or more. All have one or more venomous spines near the base of their tail which are used for defense when they are cornered or frightened. The sting is extremely painful and temporarily debilitating. However, these docile creatures never attack; they usually swim away when disturbed.

Blue spotted ray is usually found in sandy areas or hiding beneath small table corals. An excellent photographic subject, this beautiful animal can sometimes be approached very closely for dramatic pictures. Just move slowly and try not to disturb it. If the ray is skittish it will swim rapidly to another shelter, but sometimes it just lies there and submits to half a dozen flash pictures before moving.

Stonefish are not very common in the Red Sea, and their nearly perfect camouflage renders them virtually invisible. Most people who claim to have seen one were probably looking at a scorpion fish. The actual stonefish lives in coral crevices in shallow sandy areas, and looks like a rock with a frown. It is the downturned mouth that's the tipoff. Probably the most venomous fish in the world, wounds from its spines are extremely painful and have been known to result in death. Be careful when walking over reefs, shuffle your feet, and wear boots with substantial soles. They are not aggressive toward people, and will usually remain motionless while being poked or prodded. Use a snorkel or a piece of coral for this maneuver. If you aren't sure about a fish, don't touch it.

Scorpionfish are also camouflage experts, preferring to hide motionless in holes or under corals to ambush prey. At night they sometimes lie in the open on the reef. The spines on the dorsal and pectoral fins are venomous, causing swelling and severe pain. A diver would almost have to lean on one to get stung, because they just don't move. A camera may be placed practically on its nose, and even an electronic flash doesn't upset it. If you do get stung, immerse the injury in water as hot as you can stand. Heat denatures the protein material of the venom.

Lionfish is one of the most beautiful fish in the sea. It is also one of the most venomous, the sting causing excruciating pain and even some fatalities. Two species are common in the Red Sea. Pterois volitans is sometimes called the zebrafish, turkeyfish or firefish. The enlarged pectoral fins look like Wings. These fish often swim slowly just off the bottom and, when threatened, usually turn their back, pointing their venomous fins at the enemy. However, some of them seem to become used to humans and just continue to swim slowly and calmly. In those cases, they make great photographic subjects. Sometimes a resting lionfish doesn't move at all, allowing outstanding close-up shots. Just be careful of others hovering around you.

Pterois radiata has long, graceful spines, without a membrane between them, that look like rays. This lionfish is more skittish than volitans, and is usually found in holes. It turns its back toward divers on nearly every encounter, and is usually photographed from behind.

Sea Urchins are rarely seen during the day; most of the Red Sea's species are nocturnal. Be careful where you kneel or place your hand on night dives, because an encounter with these seagoing Pincushions can be painful. Diadema has long, sharp, brittle spines that can penetrate a wetsuit and break off in the skin. Treat sea urchin wounds as you would a splinter and attempt to remove the spine with a sterilized needle and tweezers.

Several varieties of Cone shells are found in the Red Sea. The small mollusk living inside has a barbed radula which can inject a powerful poison. It is illegal to collect living specimens, so if you follow the law you are unlikely to experience difficulty. When handling it for other reasons, hold it by the sides and keep your fingers away from the shell opening.

Fire coral (Millepora) is found in most of the world's tropical seas. Not a true coral, Millepora is a hydroid that grows in a yellowish mass over true corals, assuming a similar shape. Close inspection will reveal tiny hair-like projections. These contain nematocysts, or stinging cells which do the damage. When brushing against fire coral an immediate stinging, burning sensation is felt. The severity of symptoms depends upon the victim's sensitivity to the toxin. Sometimes a rash will develop that can itch periodically for several weeks after initial exposure. Wearing a wetsuit and gloves will prevent contact with the nematocysts when kneeling or leaning on fire coral. If you do get stung, immediate application of meat tenderizer will often relieve all symptoms. Mix the powder with water to make a paste, and put it directly on the sting. Enzymes In the meat tenderizer break down the proteins in the venom to neutralize its effect.

Moray Eels are common throughout the Red Sea, but are dangerous only when mishandled. The largest is the giant moray (Gymnothoraxjavanicus) which can attain a length of over six feet. Although they can be trained to accept food by hand and even be embraced and petted, such activities are best left to the dive guides who can recognize individuals.

The Red sea varieties of barracuda are not known to attack man. It is sleek, silvenear fish often cruise slowly in schools near the surface around the reefs.

Common and brightly decorated family of reef fishes. Most of the time they swim in pairs and are night feeders. Among the most colourful are Maskedbatterfly fish, Crownbutterfly fish, Stripedbutterfly fish. The Red Sea Bannerfish resembles a moorish idol because of its dorsal crest, but is actually a butterflyfish.

Are common throughout the world's tropical seas. These bottom-dwelling fishes, about 6 to 8 inches long, have aface which resembles a lizard's, along with sharp teeth.

Are usually found in shallow water, at depths of 30 feet and less. The slow-moving silvery fish have an elongated snout which is used to suck in prey.

Look like miniature cornetfish, but are more closely related to seahorses. Look for them on reefs or sand in shallow water.

The most obvious fish on a wall or reef; vast clouds of them flit about the scenery like so many butterflies. Feeding on tiny plankton, they begin adult life as females. When a dominant male is lost from the group, one of the larger females changes sex to take his place.

Are usually seen in shallow water, chewing coral rock and defecating coral sand. They have large fused front teeth which are used to scrape corals and rock surface so they can eat algae growing there.

Are about the size and shape of a large dinner plate. They hover in vast schools near Shark Reef ( Ras Mohammed National Park ). Sometimes these inquisitive fish approach divers closely.