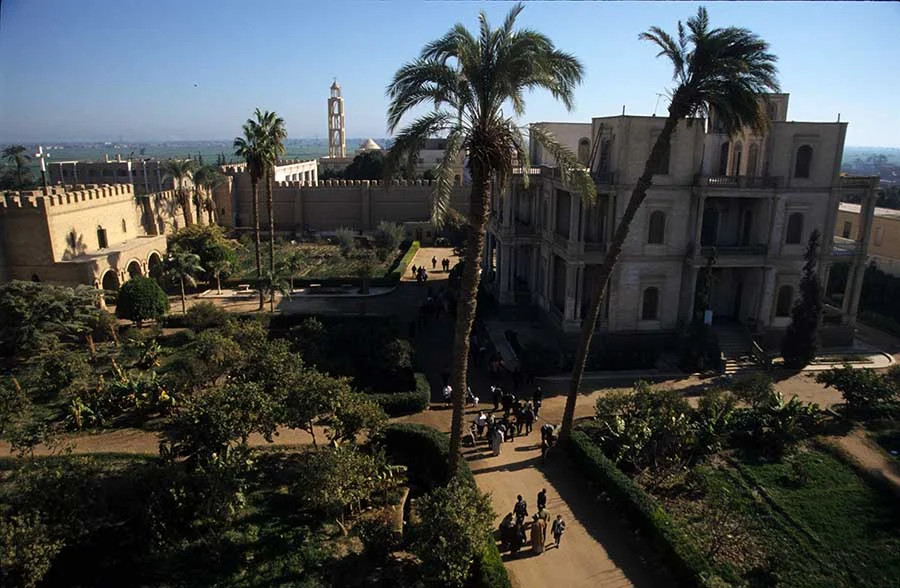 The Holy Family route includes twenty‑five stops in different places in Egypt over the 3500 kilometers journey from North Sinai to Asiut and back. Each stop of the Holy Family is now a site of different monuments including churches, monasteries, springs and wells which you will visit during 11 days Pilgrimage tour to Egypt.

Breakfast in the morning and check out the hotel. Transfer to el-Tor, visit Moses bath, continue to wadi el-Feran and visit the monastery there, proceed to St. Catherine city. Upon arrival check in the hotel there and free evening.

In the early morning climb mount Sinai, visit the monastery, breakfast and move towards Cairo. On the way we will visit the 1st stop of the Holy Family in Egypt Farma city, now East of Port Said. It hosts a number of archaeological excavations. A first century church that was built after the introduction of Christianity to Egypt by St.Mark had been discovered there and now under excavation. Today we find important churches ruins from 5th to 7th century on the site.

Continue our trip to Cairo. Arrival in Cairo, check in the hotel, overnight in the hotel.

This day we will dedicated to Mostorod city, which is now North of Cairo. Here we visit the Church of the Virgin Mary and a cave, where the Holy Family, is believed, stayed during their journey. The well that Jesus created, which the Holy Family used for drinking, washing and bathing, that is why it is called al–Mahamma (bathing place).

Next stop at Tel Basta, a small town near modern Zagazig. Here we find a spring, which appeared from the earth upon Holly Family arrival to the area. Beside the ruins of Bubastis, the capital of Egypt in the 22nd dynasty (945-720 B.C.), we will see the remains of a temple and re-used blocks from other pharaonic cities. A 1st century well that some believe was created by Jesus Christ.

Back to your Cairo hotel, dinner and overnight.

Let’s move towards Sakha city which is located some 130 km far from Cairo. In Sakha we visit the Church of the Holy Virgin, probably built on the site of one of the four monasteries existed in the area in medieval times. Only one of these monasteries, Dimyana, survived until now.

In 1984 the footprint of Jesus known as “Bikha Isus” was found in a church in Sakha city at a depth of approximately 1.5 m. The “Bikha Isus” is now exhibited in a glass case in he Church of the Holy Virgin. Also, in the vicinity of the church you can find a thorn tree, believed to be similar to the one which crowned Jesus once.

After the visit we will proceed to Wadi el Natroun area, overnight in a rest house there.

We will spend the day exploring the 4 nearby monasteries, which are St. Macarius, St. Bishoy, Al-Syrian and Al Baramous. It is believed that on the way to Wadi el-Natron Holy Family passed by a village called Al-Homra which is about 26 km. off the desert Cairo-Alexandria road. In the village the infant Jesus caused a well to be opened in the ground. This sweet water well, called “Bir Mariam” or Mary’s well, is incredibly located among lakes saturated with the natron salt. The well had been neglected for many years but is now being restored. When we finish our day tour of Wadi el-Natron, return back to Cairo hotel, dinner and overnight.

Today we spend in the vicinity of Cairo, in its neighborhood known as Ain Shams and Matariya. The Famous sycamore tree known as the Virgin Mary’s Tree is located there. It is believed to provided shade for the Holy Family during there rest there. There is also a balsam tree at the site that sprouted from the spot where Mary threw out some water that she had used to wash Jesus with.

The Virgin Mary Tree archaeological site includes the well, the tree, and several stone water basins. A visitors’ center will introduce you to the story of the Holy Family’s journey in Egypt, and a small museum displays icons and other artifacts alongside photographs of other places visited by the Holy Family.

After we will go to Old Cairo to visit Abu Serga church where the Holy Family took refuge in a cave after inciting the wrath of the governor of Babylon. The church was built on top of the site some time later and is a major pilgrimage site for many Egyptians as well. Here we will visit some other churches as well. After lunch in a local restaurant we return to our hotel for dinner and overnight.

Today our goal is a nice district of Cairo known as Maadi. It is another important point along the Holy Family route in Egypt. We will take with you a sail boat to cross the Nile and reach Maadi, where The Virgin Mary Church now occupies the docking point. The very same steps that the Holy Family used to reach the water are still present on the grounds.

On March 13, 1976 a Bible of unknown origin was washed ashore neat the church. It was opened on the page with the following verse: "Blessed is Egypt My people" ("Isaiah 19:25"). This event confirms the Coptic tradition which states that the Holy family passed by this place during their escape from Herod. The Bible was placed into a glass case, and the page still remains as it was found when it was washed ashore.

After early breakfast in our hotel we will check out hotel in Cairo and head for Upper Egypt. The village of Ishnin al-Nasara, another important Holy Family site, is situated around 200 km far from Cairo. Here we will visit the Church of St. George with its 12 domes symbolizing the 12 disciples. A patio leads to a modest one-story Virgin Mary church on the left, and a well on the right. The well is the conceptual focus and the starting point of the whole compound. According to the tradition, the Holy Family drank from the well to quench their thirst caused by the tough flight from Palestine. Enshrining a well is a very common custom  among  Coptic Christians in Egypt.

Not far from the church of Ishnin al-Nasara, another important Holy Family site, Dayr al-Garnus, is situated, claiming to have three holy wells in total. As described in the pamphlet distributed by the priests, one was created by Jesus himself. The other two, although not the miraculous handiwork of the Christ Child, are still alleged to possess healing powers.

Minya some 250km south of Cairo has Gabal al-Tayr also known as “the Mountain of the Birds.” Hewn out of the mountain side, the unornamented but sublime church overlooks the banks of the Nile from a steep cliff. You can reach the Church either by ascending the traditional 166 stone steps on the cliff side or take a car path up from the other side. The monolithic church is believed to be built by Queen Helena around a cave that once sheltered the Holy Family.

Gabal al-Tayr is also referred as Gabal al- Kaff (palm) in some manuscripts. This nomenclature was attributed to the story that the Jesus child left his hand print on one of the stones. The story is similar to the one from Sakha, where Jesus left his footprint on a stone.
After the visits we will have rest at the guesthouse of Gabal al-Tayr, overnight there.

In the morning we move towards al-Ashmunin, where the ruins of ancient Hermopolis are found. Later the place becam a prosperous Christian city, which is an excellent example of the Christianization of Egypt. Here Coptic ruins cover the Pharaonic ones almost entirely, leaving a very clear archaeological evidences. Al-Ashmunin was the first Egyptian city to be associated with the Holy Family Tradition.

Our next stop will be at Dayr al-Muharraq, the most important site on the trail as the Holy Family stayed there for the whole six months. It is situated 48 km north of Assiut and Muharraq Monastery in Assiut some 350km south of Cairo. Noways the Holy Virgin mulid takes place here every year.

After the visit we will proceed to Dayr Durunka monastery, which lies just 8 kilometers far from the center of Asiut city. Although no ancient text suggests that this place was a stopover for the Holy Family, Dayr Durunka is worth the visit for its beauty alone. The enormity of the complex nestling on the hillside surprise unprepared visitors. It is massive. The monastery has been built since 1955 and today consists of many churches. The main one is situated in a huge cave that in pharaonic times probably served as a quarry.

Overnight in the Monastery’s guest house.

Return to Cairo. Free day. Excursion to the pyramids optionally can be arranged. 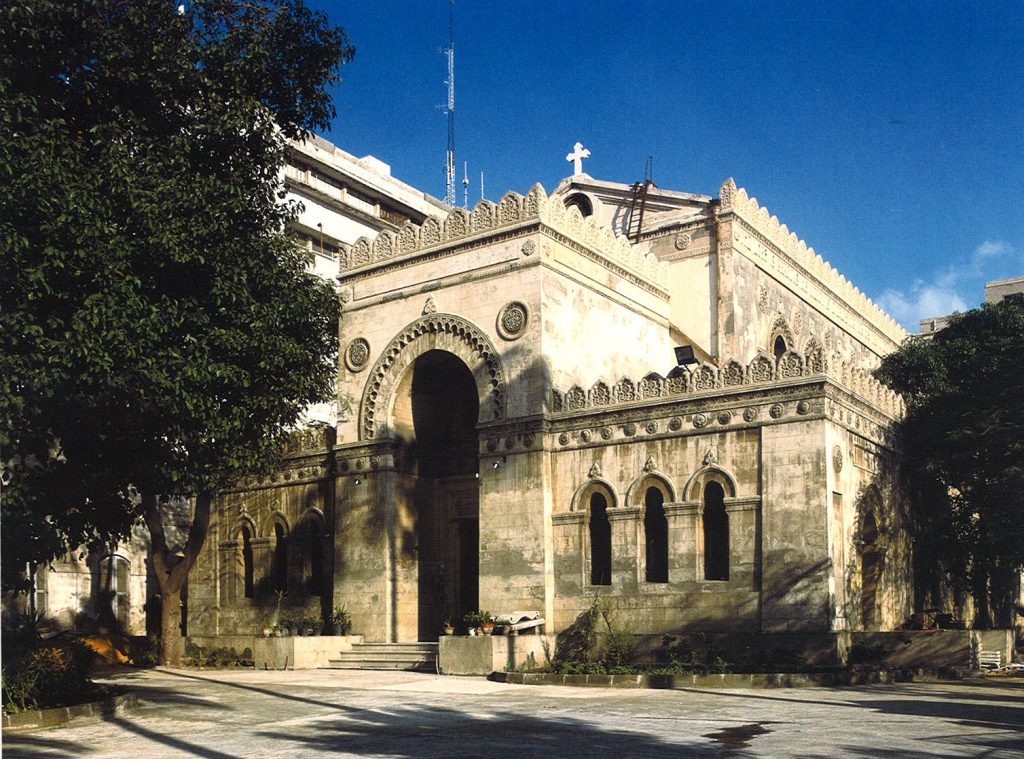 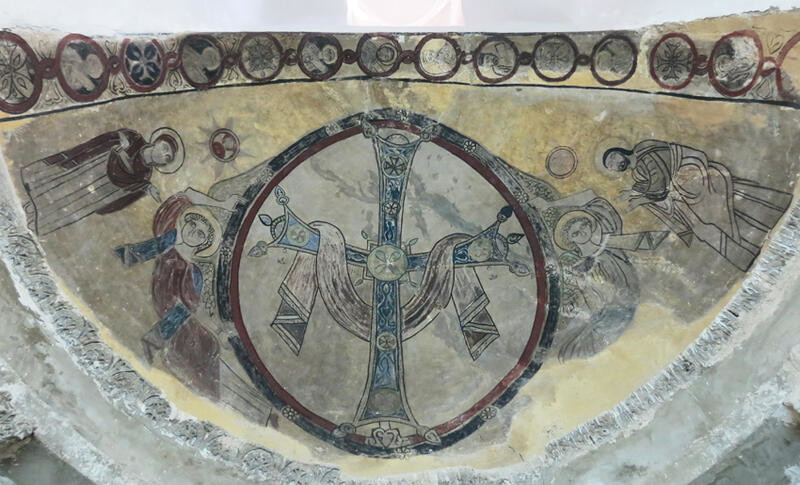 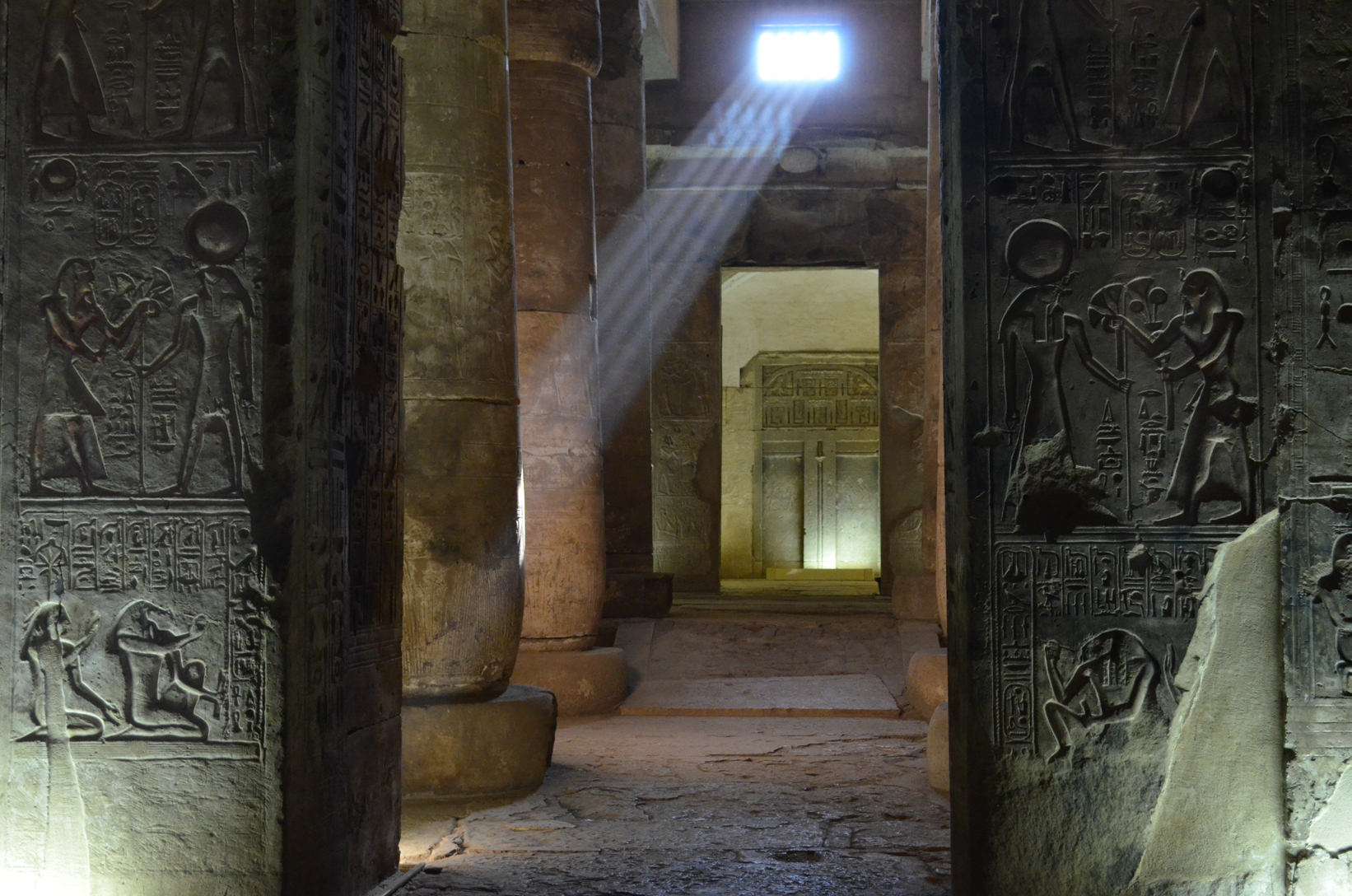