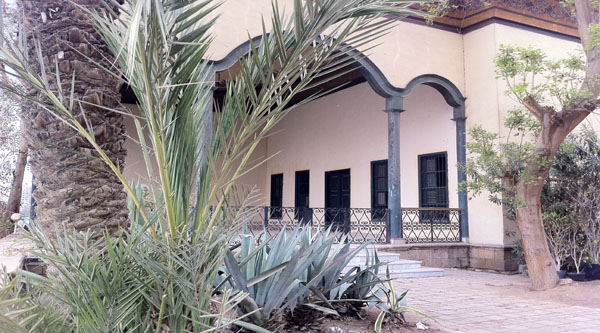 The only survived part of Manasterly palace 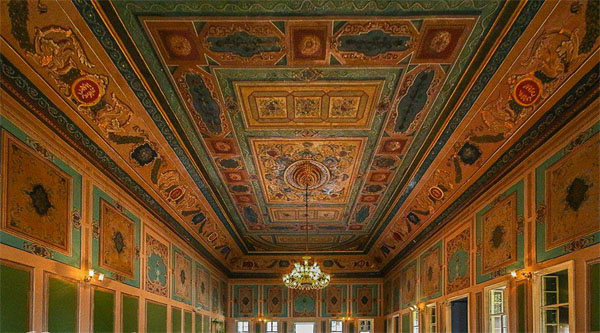 One day a beautiful palace of the Royal family nowadays all that we can see a small pavilion on the island of Roda serving now as a concert hall.

The palace consists of a main rectangular hall 12m x 24,40m that directly opens to the outside through a door in the southeastern wall preceded by a four-step marble case. The terrace covers the northeastern and the southwestern sides. The palace’s present main gate is located in the northwestern side. The second hall is located to the west of the main hall. It has been divided into three halls. Northern to this hall lays a rectangular room. Southern to the same hall there is a bathroom and another rectangular room. A terrace overlooking the Nile surrounds the building from the west and intersects in the end with the southwestern terrace.

The palace is hailed for its splendid ornamented ceilings of various wooden architecture designs: leveled ceilings, dome or semi-dome ceilings. The ceilings are internally covered with plaster and garnished with colored ornaments. Dried plastic has been used to produce different greenery shapes. The terraces surfaces have been covered in the same way. All ceilings have been isolated to protect them from rain.

A 35m high quadratic marble has been used for the floor of the two halls, the room southern to the second hall, the terraces and the bathroom. Parquet floor is fitted onto the two rooms lying in the palace’s north-western front.

The walls and ceilings of the palace are garnished with colored greenery ornaments and some birds figures. The influence of the Ottoman rococo is quite obtrusive especially in the buildings of that period which is a European impact. Moreover the Pharaonic impact is highly discernible in the corniche at the external fronts of the palace.