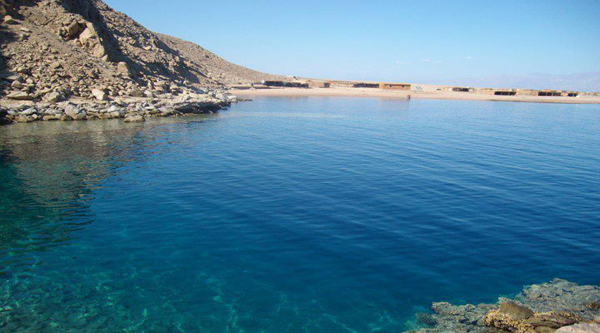 Location of the protectorate

Abu Gallum, Reserve of Distinction - Abu Gallum locates on the road from Sharm el Sheikh to Taba, in an area known as Wadi al-Rasasa, in Southern Sinai. It is a protected area of unique distinctive topography, where one can sight brilliant spectacle of mountains near the shore. The reserve also possesses a variety of coral reefs, marine species and seaweeds. It is also characterized by deserts, valleys and mountains where live various animals, birds as well as wild plants. Given such peculiarities, Abu Galum is one of the world's best diving, safari and bird-watching destinations.

Area and its nature

Abu Galum, covering an area of 400 km2, is among the most picturesque parks in the country, with its high mountains, sinuous valleys (wadis), coastal dunes, spectacular alluvial fans, and low lying salt flats. Impressive granite mountains end abruptly on the coastal plain. Easy beach entries and fringing reefs with some of the highest coverage and richest formations of coral in Sinai make this park a Snorkelers paradise. Travelling by camel from Dahab to Abu Galum along the pristine shoreline gives the visitor an experience of what Sinai was like in the past.

Because of the wide variety of natural habitats, this small area of the Sinai Peninsula hosts a remarkable 165 plant species. Researchers consider the area a floristic frontier falling under the influence of a tropical climate but having predominantly Mediterranean conditions. The mountains and valleys are refuges for wild animals and birds. Nubian ibex, hyrax, striped hyena, and Ruppell's fox may be found, but visitors are more likely to see basking lizards and snakes.

The black cobra, horned viper and Burton 's carpet viper are very dangerous and visitors to the area should proceed with caution avoiding sandy areas with vegetation. Abu Galum features an underwater cave system exceeding 100 meters in depth, however access to these is strictly forbidden The caves are unstable and deadly.

Please do not:
- disturb or damage animals and plants.
- collect or damage rocks or geological features.
- leave any garbage.
- drive off of marked tracks or on vegetation.
- touch, walk or sit on the reefs.
- fish, hunt or feed the fish.
- disturb turtle nesting sites.
- write, paint or carve graffiti.
- camp outside of designated areas.